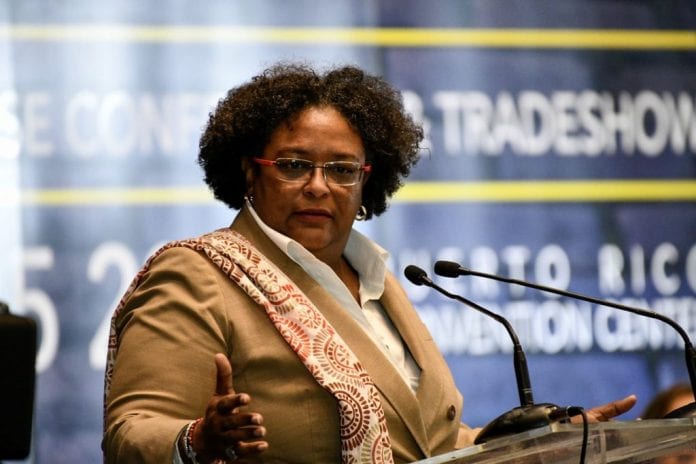 Barbados Prime Minister Mia Mottley has been appointed to co-chair of the One Health Global Leaders Group on Antimicrobial Resistance (AMR).

Mottley along with the Prime Minister of the People’s Republic of Bangladesh, Sheikh Hasina, will remain in the position for the next three years.

Mottley said she was pleased to have been invited to co-chair this critical Group, which has an extremely important role to play at this time.

She noted that the World Health Organization (WHO) declared AMR as one of the top 10 global public health threats facing humanity and that the WHO is on record as saying that the cost of antimicrobial resistance to national economies and their health systems is significant.

“Therefore, you can see why this area would occupy my attention and that of my government because we seek to put people at the centre of everything we do. The wealth of a nation and by extension the world, is bound up in its citizens’ health. “

The One Health Global Leaders Group will provide high-level advisory and advocacy functions to ensure action is taken to address the challenge of antimicrobial resistance.

In addition, the Group will monitor and advocate for the inclusion of antimicrobial resistance and a One Health “lens” in investments and programmes of major financing instruments for agriculture, health, development, food and feed production and other relevant areas.

The 22-member One Health Global Leaders Group on Antimicrobial Resistance includes current or former ministers and/or senior government officials serving in their individual capacities; as well as representatives of foundations, civil society organisations and the private sector.

A Tripartite Joint Secretariat on Antimicrobial Resistance, which is a collaborative effort by Food and Agriculture Organization of the United Nations, the World Organisation for Animal Health and the WHO, will provide secretariat support for the Group.

AMR, according to the WHO, occurs when bacteria, viruses, fungi and parasites change over time and no longer respond to medicines, making infections harder to treat and increasing the risk of disease spread, severe illness and death.

As a result, the medicines become ineffective and infections persist in the body, increasing the risk of spread to others.