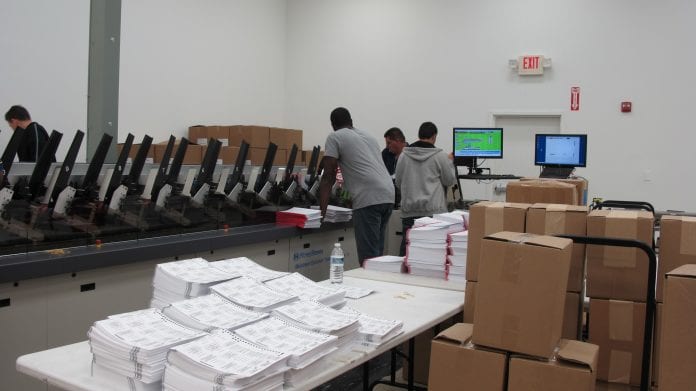 Broward Supervisor of Elections Brenda Snipes has attempted to explain how some Broward County voters who requested general elections ballots by mail received them without Amendment 2 which seeks to amend Florida’s Constitution to legalize the use of marijuana for medical purposes.

Last week a county voter complained she and her husband received ballots without the Amendment, although three other state Constitutional amendments appeared on the ballot.

Responding to the complaints, Snipes held a press conference on Friday, Oct 21. She said after receiving the complaints of the missing item on the agenda, her office reviewed 92 versions of the Broward ballot that had been printed and all had Amendment 2 on the ballot.

Sample Ballots related to four different Broward precincts and accessed by National Weekly on Saturday all had Amendment 2. Also, when the newspaper checked with seven county voters who had received mail-in ballots they all said the ballots they received contained the said amendment.

Speculating as to the reason why the two voters, and possible five others, received the faulty ballot, Snipes explained the voters may have received seven test ballots that may have been incorrectly included in the 173,000 ballots mailed to voters. These tests ballots were printed after a candidate for the City of Oakland Commission withdrew, requiring reprint and recoding of ballots. The test ballots were used to ensure the ballot counting machines would accept the new ballots. Snipes said apparently no one noticed Amendment 2 was missing from the test ballots.

Snipes is on the county’s general election ballot for reelection as Broward’s Supervisor of Elections. She convincingly won the right to be on the general election ballot after winning the August 30 primary. She is virtually reassured of being reelected as she has no designated opponent, except for potential write-in candidates.  She was first appointed as Broward SOE in 2003 by former Florida Governor Jeb Bush. She took over and streamlined the operations of an office that was in disarray.

Despite Snipes explanation, NORML of Florida, a chapter of the National Organization for the Reform of Marijuana Laws, has filed a lawsuit against Snipes’ office, for the error. The lawsuit claims that NORML is not convinced the BSOE is aware how many ballots may have been mailed out without Amendment 2 and this has potentially “catastrophic and cataclysmic.” The lawsuit is seeking a new ballot be mailed to all voters who required mail-in ballots.