Suriname’s Minister of Health Amar Ramadhin has put residents on notice that a lockdown is imminent, due to the massive increase in COVID-19 cases in the last month.

This comes after the country’s President announced that he recently contracted the virus.

Suriname has recorded 7,246 confirmed cases since the virus was detected in the country in March 2020. Of those who tested positive, 149 have died, with 28 of those fatalities in January alone, making this month the deadliest since the start of the pandemic.

Ramadhin said the number of cases has been climbing since the end of December 2020, with the number of new daily infections reaching an average of 80 daily.

He blamed the drastic increase on large groups not complying with COVID-19 measures during Christmas and New Year’s celebrations.

As a result, the Health Minister said, a lockdown in Suriname is imminent. Until that happens, stricter measures have been implemented.

Ramadhin said all regular passenger flights to countries including the Netherlands, Brazil, Guyana, and French Guiana will be discontinued immediately.

National borders have been closed and security along the border with French Guiana is being stepped up.

Schools and all government offices, with the exception of essential services, will remain closed until further notice.

Additionally, no more than two members of any family will be allowed to go to supermarkets and other shops, with exceptions made only for the elderly and others who need assistance shopping.

Lingering around shops and supermarkets and consuming alcohol has also been prohibited. Retailers who allow alcoholic beverages to be consumed at their store will also be fined or have their licenses revoked.

The Health Minister warned that the police and other law enforcement agencies have been instructed to take tough action against anyone who fails to comply with the new measures.

Meantime, in order to accommodate the increasing number of COVID-19 patients who show no symptoms, have no medical issues and do not need to be treated in a hospital, facilities at the Chamber of Commerce and Industry are being prepared to be used as an additional isolation center, as other isolation facilities are full.

Minister Ramadhin said most health care institutions are already at maximum capacity and are facing challenges as doctors and nurses are also becoming infected with COVID-19. 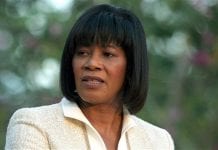