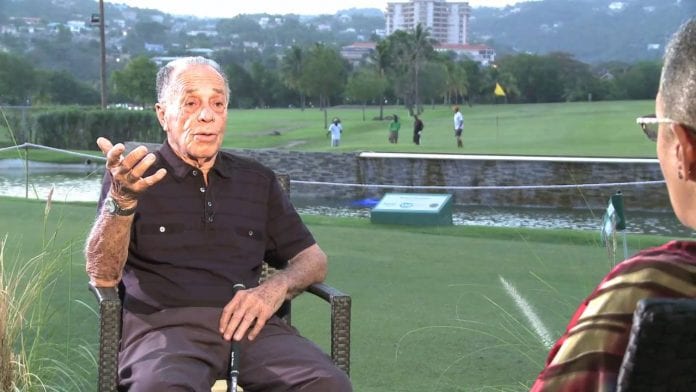 One of Jamaica’s legendary sports broadcasters, Lindy Delapenha, is dead.

Born Lloyd Lindberg Delapenha, “Lindy” served with the British armed forces in the Middle East following World War II and while there he was spotted by scouts playing football and became the first Jamaican to play professional football in England, where he became a legend with Middlesborough, having started his professional career with Portsmouth.

Soon after returning home to Jamaica, he became Director of Sports at the now defunct Jamaica Broadcasting Corporation (JBC) where he remained for 30 years.