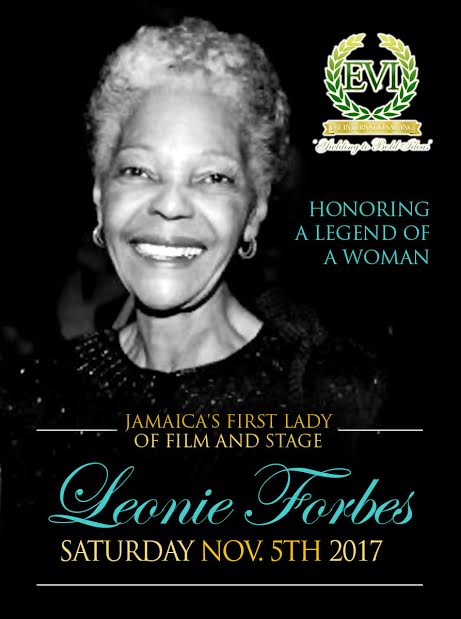 Jamaican actress Leonie Forbes and Friends take us Across the Bridge

On Sunday November 5th, 2017 Palm Beach County will be graced with the presence of the inimitable Leonie Forbes. Jamaica’s legendary actress, radio and JBC TV personality.

The actress has over five decades of excellence in broadcasting, theatre and film; as she stars in the award-winning stage play “Across the Bridge”.

This event marks the beginning of a long-awaited USA tour which audiences will proud to be a part of. Forbes trail brazing work and achievements are second to none as she pioneered the arts in Jamaica beginning in the 1960’s. Her artistic contributions paved the way for aspiring Jamaicans and Caribbean actors and actresses. She has also earned a lifetime achievement medal from El Centro Mexicano de Teatro, a Musgrave gold medal from the Institute of Jamaica, and an Order of Distinction (OD) from the Jamaican Government.

Across the Bridge is a suspenseful dramatic comedy which depicts a real-life story which is filled with tons of laughter for the entire family. The play focuses on some of the major challenges in our lives and shows us how our faith in God can pull us through any “road blocks” or life challenges.

Written and directed by David Tulloch

The play is written and directed by David Tulloch (the young and sensational playwright who is now sparking new heights of enthusiasm in Jamaican theatre arena).

EVI enterprise and Kareem Ali are proud to present Ms. Leonie Forbes (Jamaica’s First Lady of Film and Stage) in her critically acclaimed stage play (Across The Bridge) to you and your family at the Palm Beach Central High School Auditorium – 8499 Forrest Hill Blvd. Wellington, Florida 33414.  Ticket may be purchase at your local Caribbean stores throughout the tri-county area including FoodTown Supermarket on Military Trail and 45th Street. For more information visit www.evienterprise.com or call (561) 929-2654.

For other recent performance by Leonie Forbes, visit the link: Award Winning Jamaican Play, ‘For My Daughter’ heads to SoFlo