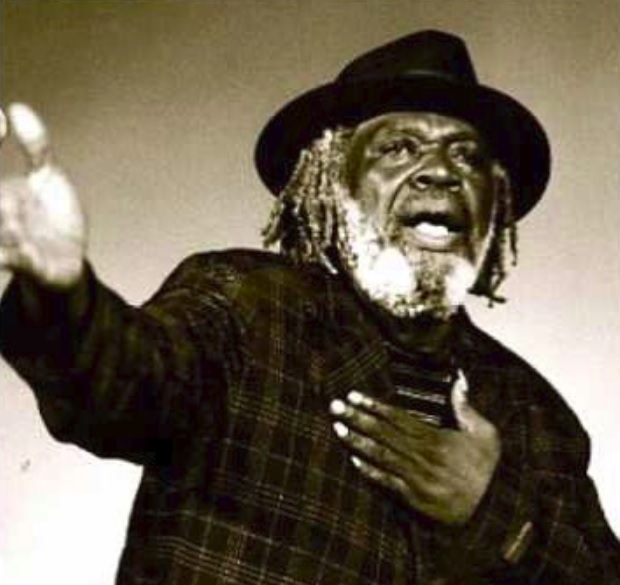 The Prime Minister of Trinidad and Tobago, Dr. Keith Rowley has paid tribute to legendary calypsonian Winston Bailey – better known as “the Mighty Shadow,” who died in hospital on Tuesday at age 77.

In a statement, shortly after news of his death emerged, Rowley said the Mighty Shadow, revolutionized the calypso world with his haunting sound and unique delivery which he crafted and perfected in an impressive catalogue of work spanning several decades.

Bailey had been ailing for some time and had suffered a stroke on Sunday.

Was to receive UWI honorary degree

Rowley said that Bailey, who was due to have received an honorary Doctor of Letters degree from the St. Augustine campus of the University of the West Indies (UWI) this weekend, was “an original in all his various musical creations.

“His music told us stories about ourselves through poignant social commentary which was often fused with wry humor. Over the years his contribution to the development of our local music earned him regional and international acclaim,” Rowley said.

“For many his rendition of “I Believe” will always define the class and talent of this superb performer and social commentator. We are honored to have witnessed the life of this great musician and to have experienced his outpourings of the best of our calypso culture. We are grateful for the music he gave us and proud of his legacy which will remain undiminished for all time,” Rowley said.

Opposition leader Kamla Persad Bissessar said Bailey made an “indelible contribution to our music and culture and had a distinct style of his own.” She said she was “saddened to learn of the passing of this creative spirit and humble soul, just a few weeks after he marked his 77th birthday.

The Trinidad and Tobago Unified Calypso Organization (TUCO) described Shadow as one of the greatest lyricists of all times.

He won the Road March in 1974 with “Bassman” and 2001 with the tune “Stranger” making him the competition’s oldest winner.

Bailey was also was the second person to win both the International Soca Monarch and the Trinidad Road March competitions simultaneously, a feat he accomplished in 2001 with his song “Stranger.”

He won the Calypso Monarch in 2000 with “What’s Wrong With Me” and “Scratch Meh Back.”

He was awarded the Trinidad & Tobago Hummingbird Medal (Silver) in 2003.