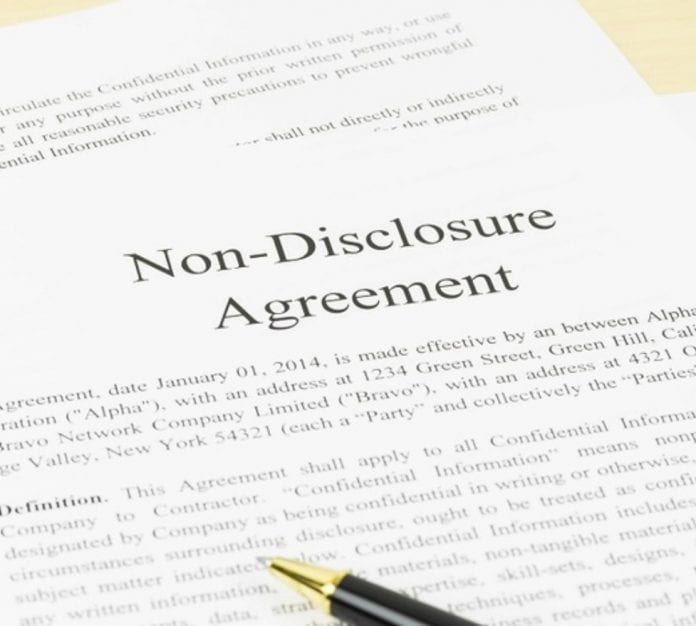 Clearly define what’s confidential.  Naturally, business owners want to cover all bases.  Refrain from going outside the scope of the agreement, as overly broad language can invalidate the agreement.

Have an arbitration clause to prevent formal litigation and public disclosures in the event there’s a dispute.  Public legal disputes can be embarrassing and tend to strain relationships to the point of no return.  With arbitration, the parties have a greater chance of resolving the disagreement and continuing to do business together.

Make sure the right party signs the agreement.  If the representative negotiating the agreement doesn’t have the actual authority to bind the party to a contract, the non-disclosure can be challenged.

This is not an exhaustive list of considerations for the strongest non-disclosure agreement.  There are state laws to be considered and downloading generic non-disclosures can put a business’s most valuable assets at risk.  While there are some documents business owners can draft on their own, a non-disclosure agreement should not be on the do-it-yourself list.  An experienced intellectual property attorney is recommended.

Kimra Major-Morris is a top-rated intellectual property attorney licensed to practice in Florida and the United States Middle District of Florida.

Her firm, Major-Morris Law, LLC is located in Central Florida representing international trademark brand owners and talent, and advocating for the registration, enforcement, and monetization of their copyrights and trademarks.  She is an award-winning author on the subject of intellectual property law and a national speaker on the copyright and trademark issues.

In 2014, Attorney Major-Morris was among 62 selected Fellows in Class II of The Florida Bar’s William Reece Smith, Jr. Leadership Academy.  Since participating in the Leadership Academy, she has served on the Ninth Judicial Circuit Grievance Committee and the Code & Rules of Evidence Committee.