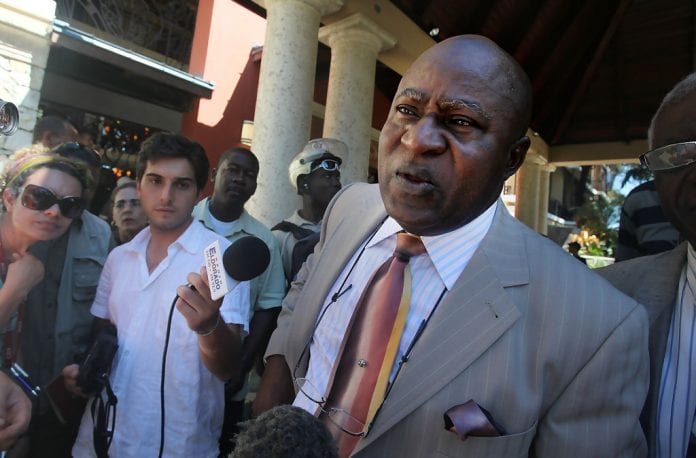 PORT AU PRINCE, Haiti – Reynold Georges, the legal adviser to President Jovenel Moise, has resigned claiming that “the policy currently followed by your administration is not in line with my ideal and my convictions”.

Georges in a July 17 letter to Moise also said that “it is clear that despite my title of Counsellor for Legal and Political Affairs of the President of the Republic, my advice in this area are neither sought nor followed.”

He said as a result, his role as advisor makes him obliged “to defend the orientations that I often do not approve and put myself in as a politician and as a lawyer.

“My determination to assist and serve you was real, but my loyalty remains above all to the Haitian people and to the constitution. Consequently, Mr. President, I have the honour to inform you by this correspondence that I am resigning from the post of Councillor which I have officially held so far in your Cabinet,” he added.

The resignation comes less than 48 hours after Youth and Sports Minister, Max Attys, tendered his resignation to Prime Minister Joseph Jouthe, indicating that he was stepping down even though he does not regard himself to be a failure.

His resignation letter follows statements made at a news conference where he indicated that “what we found as sports infrastructure is insignificant.