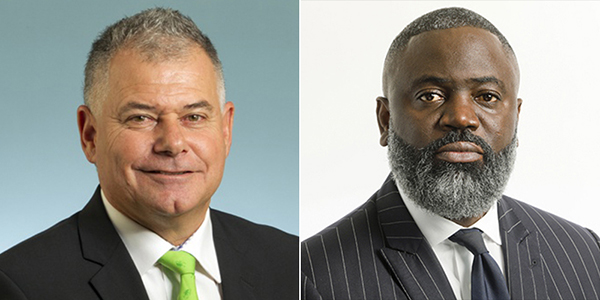 HAMILTON, Bermuda — Two of Bermuda’s leading cabinet ministers resigned on Monday night after sparking a furore by attending a party at a plush restaurant where coronavirus (COVID-19) regulations were breached.

National Security Minister Wayne Caines and Tourism and Transport Minister Zane DeSilva left the cabinet after they accepted an “invitation to resign” from Premier David Burt.

Friday night’s party at the Blu Bar and Grill restaurant in Warwick parish was attended by Caines and DeSilva — the only white among the Progressive Labour Party’s 30 parliamentarians — and drew widespread criticism for breaches of COVID-19 health restrictions.

Caines had granted permission 24 hours earlier for more than 50 people to gather at the party, a fundraising dinner for the charity Meals on Wheels.

A frustrated Premier Burt said in a statement “the events of this weekend seen widely on social media did not represent this government’s months of struggle and hard work to keep Bermuda safe.

“Every citizen has been forced to make significant changes in how we live, work and socialise; ministers are no different. It is this that I communicated to Ministers DeSilva and Caines.”

Burt added he was “frustrated and immensely disappointed that this incident has deprived the community of two extremely hard-working and dedicated ministers”.

He said both had worked “tirelessly” during the pandemic to keep the community safe and support economic recovery.

“Their energy and zeal demonstrated a genuine care and concern for the people of Bermuda. I will remain forever grateful for their contributions.”

Burt, who reshuffled the cabinet just last month, said he would replace the two in “the coming days.

“Make no mistake, our commitment is unchanged and each day continues to be devoted to doing the best that we can to create opportunities for Bermudians.”

Earlier, the restaurant issued an apology for a lapse in social distancing filmed at the party and said it would close for two days to train staff in guidelines for protection against the pandemic, which has led to nine deaths among 146 confirmed cases on the island.

In 2018, Caines attracted media attention in both Bermuda and Britain, after he filmed himself asking female staff at a cafe in London whether “titty milk” was available, which he then posted on a social media site.

After public criticism, Caines issued an apology, telling reporters here that he was “deeply disappointed” in himself.