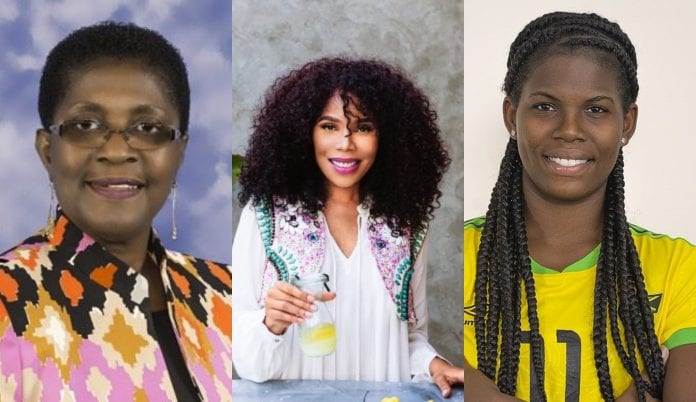 Pioneer Jamaican American politician Hazelle Rogers, Mayor of the City of Lauderdale Lakes, is among several Jamaicans home and abroad that will receive a Jamaican National Award on October 19.

The Honors and Awards, offered by the Jamaican government annually to Jamaicans in appreciation for their services in various area, are presented by the nation’s Governor-General at Kings House, the official residence of the GG, on National Heroes Day each year.

Included on the list of awardees, announced today: Independence Day, is Mayor Rogers who has been awarded the Order of Distinction (0D), the sixth-highest award, in the rank of Commander for her years of service in the Jamaican diaspora.

Rogers pioneered representational politics in Florida when she was elected as a commissioner to the City of Lauderdale Commission in 1996. Later, in 2008, she was elected to the Florida House of Representative representing District 94 (later redistricted as District 95) in Broward County. She served the required two terms and when she was term-limited in 2016, she returned to her rooted political representation in the City of Lauderdale Lakes and was soundly elected and installed as the city’s mayor.

Other South Floridians who were also honored with the Order of Distinction were musician and former Third World drummer William “Willie” Stewart for service in the field of music and former member of the Jamaican legendary band Byron Lee and the Dragonaires, Keith Lyn, also for his contribution to music.

Wille Stewart is a founding member of Third World, one of Jamaica’s most popular reggae bands of international repute. Retiring from the band after 23 years of service, Stewart focused on training young Floridians in drumming and percussion through his organization Embrace Music Foundation. His signature annual Rhythms of Africa concerts play to wide acclaim as he takes his message worldwide.

Keith Lyn was a founding member of The Dragonaires, and for several years was the band’s lead vocalist, gaining popularity for his soul melodies like “Empty Chair” which was a hit in Jamaica in the 60s, and his cover of Tom Jones’ “Elusive Dream.”

Another member of the Jamaican Diaspora, Dr, Orlando Patterson, sociologist and author received the highest honor of the group, the Order of Merit. This is Jamaica’s fourth highest honor, and is conferred on individuals who has achieved eminent international distinction in the field of science, the arts, literature, or any other endeavor. Patterson was awarded for “highly distinguished international contribution to academia, West Indian literature, sociology, and epistemology of social culture.”

Merlene Ottey Jamaica’s sprint queen received the Order of Jamaica, the fifth-highest award, for her contribution to sports, and will hereafter be formally referred as “The Honorable.”

Cedella Marley — a member of the Melody Makers and daughter of Bob and Rita Marley — will receive the Order of Distinction in the rank of Commander (CD) for her work with Jamaica’s national women’s football program.

Khadija “Bunny” Shaw, a member of the Jamaican women football team, the Reggae Girlz and Jamaica’s all-time leading football scorer has been awarded the Order of Distinction in the rank of Officer.