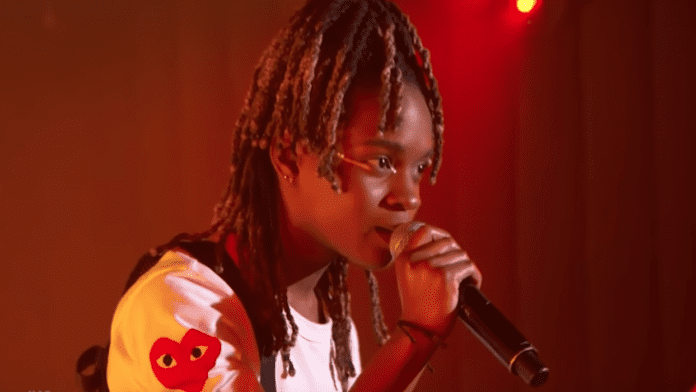 Koffee hit the stage to perform “Toast”, her breakout single that has dominated airways around the world, including in the United States.

The Spanish Town native delivered a high-energy performance that got the crowd moving and singing the words.

“Toast” has taken the world by storm, with a host of celebrities including Kylie Jenner and Rihanna vibing to the song on social media. Koffee is also reportedly collaborating with Rihanna on her forthcoming R9 album.

Koffee is set to make her debut performance at Reggae Sumfest on July 19 and then head on tour with Grammy-Award winning R&B artist Daniel Caesar.

In March 2019, the 19-year-old released her five-track debut EP titled “Rapture”. The EP debuted at number one on the Billboard Reggae Album chart, making her the youngest artist to do so. The EP also took the top spot on the iTunes Reggae Chart.

Watch her performance on Jimmy Kimmel Live below: