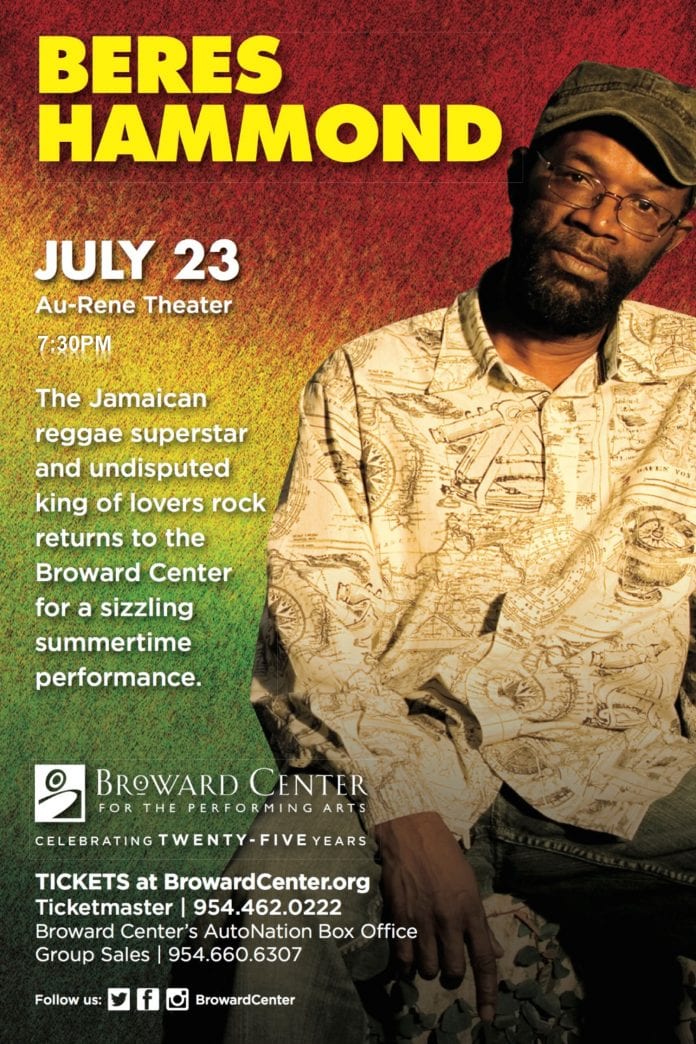 Kind of Lovers Rock, Beres Hammond, will make a sizzle at the Broward Center for the Performing Arts

Known as the “Otis Redding of Reggae” for his soulful vibe and smoky-sweet, bourbon-on-the-rocks vocals, Beres Hammond returns to the Au-Rene Theater at the Broward Center for the Performing Arts on Saturday, July 23 at 7:30 p.m. Tickets went on sale Friday, May 6th.

Considered by many to be Jamaica’s greatest practicing singer-songwriter, Hammond received Grammy Award nominations for Music is Life and One Love, One Life. His many top hits include “Tempted to Touch,” “Double Trouble,” “Putting Up Resistance” and “Not Over Until It’s Done.” Hammond was awarded the Order of Jamaica for his contribution to the nation’s music industry.

After graduating from high school, Hammond joined the fusion band Zap Pow. Four years later, he went solo and released Soul Reggae that included the hit single “One Step Ahead,” which held the number one spot on the Jamaican charts for three-and-a-half months and continues to be a fan favorite for his signature impassioned vocals.