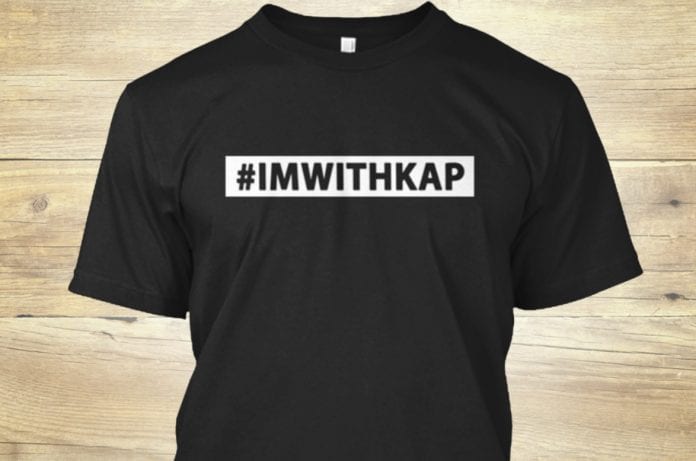 Former San Francisco 79ers quarter-back and new face of Nike’s ‘Just Do It’ campaign, Colin Kaepernick, has announced he is selling limited-edition jerseys that include ‘#IMWITHKAP’ and the number seven, that he wore during the six years he spent with the team.

The hashtag that sits above the number seven on the front of the jersey was started in support of Kaepernick after he began kneeling during the playing of the national anthem to protest police brutality and racial injustice in the United States.

The jerseys are available for pre-sale with 20 percent of the proceeds going to Kaepernick’s Know Your Rights foundation, a free campaign for youth that is funded by the 30-year-old to help raise awareness on self-empowerment and interacting with law enforcement.

There are four sizes, small through extra-large, with the youth jersey priced at $99.99 and the adult jersey selling for $174.99.