JN Money Services (USA) Inc. recognized Miramar Commissioner, Winston Barnes, who was described as a member of the company’s extended family, at a luncheon held in honor of him recently.

Barnes, who was conferred with the Order of Distinction Commander Class by the Jamaican Government at the National Heroes’ Day awards ceremony on October 15, was lauded for his achievements and service to Jamaica.  In addition to recognizing his investiture, he was thanked for the support he has given to the JN family over the years. 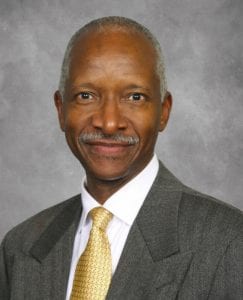 “Since the inception of JNMS Southeast United States, here in Florida, some 21 years ago, Commissioner Winston F. Barnes has been a true friend to the members of the JNMS team,” said Horace Hines, general manager, JNMS, owners and operators of the brand JN Money.

“In fact, he is more than a friend, he is family. Winston is always there for us, whenever we need him. He is also a vital part of the wider Jamaica National family, having been a member of Jamaica National for over 40 years,” Hines noted.

Hines also lauded Barnes for his contribution to Jamaican music over the years.

“Our brother Winston is truly deserving of all the accolades that the Jamaican Government has bestowed on him. He has always been an eminent proponent of Jamaican music; and, he is extremely knowledgeable about the subject,” Hines said.

In his response Barnes thanked the JNMS team for their recognition; and promised that he would continue to maintain his close friendship with JN team.

At the Luncheon held at the Coopers Hawk Winery and Restaurant, in Pembroke Pines, Florida. Barnes explained alluded to his strong ties to the JN family.

Carmen Bartlett, former regional manager, JNMS USA South East, related that she has known Barnes since the 1970s and wrote his first mortgage with JN. He endeared himself to the JNMS family and we welcomed his visits to the Miramar office.

“He has facilitated the JN Money team on his radio program; and was always “looking out” for the JN family in Miramar where he is a Commissioner,” she added.

In his tribute to Winston, assistant general manager of The Jamaica National Group, Leon Mitchell, lauded him as “our Cultural Ambassador.”

Other tributes came from Dahlia Walker-Huntington and John T. Hodgson.

In his response, Barnes thanked the JNMS team for their recognition; and promised that he would continue to maintain his close friendship with JN team.

“I feel humbled about the award from my country and the recognition from JN. Listening to radio while growing up, and later working on radio in Jamaica, I would often hear the broadcast of National Awards Ceremony. To hear my name on the day I had to ask if it was really me. I felt truly honored,” he said.