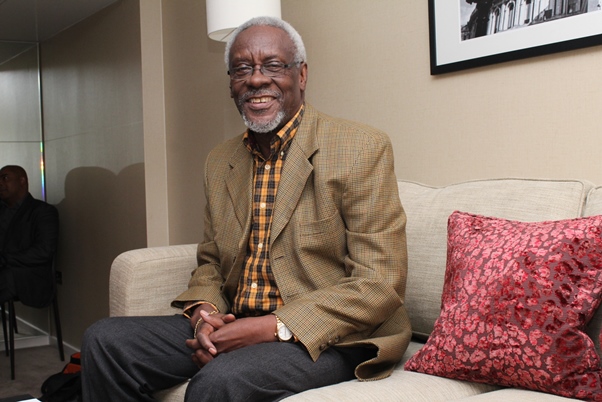 Former Jamaica prime minister P.J. Patterson has warned against fragmentation of the regional integration grouping, CARICOM, and is urging regional leaders to ensure that the Caribbean is present “at the table” as negotiations continue for a new world order.

Patterson was part of a virtual panel discussion on Sunday as part of the Bocas Lit Fest that examined the various crises facing the region from the coronavirus (COVID-19) pandemic on the effects of climate change. The discussions also centered on what the present political leaders from the Caribbean have learned from the past to navigate their citizens into the future.

Apart from Patterson, 85, who served as Jamaica’s sixth prime minister from 1992 -2006, the other members of the panel included former Belize attorney general Godfrey Smith, Alissa Trotz, a professor of Caribbean Studies at the University of Toronto. The panel was chaired by Professor Andy Knight. Director of the University of the West Indies Institute of International relations.

Patterson told the discussion that he was also hopeful the UWI, the Barbados government and the family of the late Barbados prime minister Owen Arthur, would ensure that the book which he was putting together at the time of his death on July 27 is completed.

“I have given my own perspectives of the development of the regional movement …I think it is important that others share their views,” Patterson said, noting that in April last year he was in contact with Arthur who was then coming to Kingston to get in contact with sources for his book.

“I hope, and I hope that between the university, between the government of Barbados and his family they would collect those papers and to complete unfinished business,” he said in reference to Arthur, who served for a record 14 years as head of government in Barbados and was considered a champion of the Caribbean.

Patterson said at the start of the 1970s the region was blessed with leaders such as Forbes Burnham of Guyana, Michael Manley of Jamaica, Errol Barrow in Barbados and Dr. Eric Williams of Trinidad and Tobago, who had set the blueprint for regional integration as well as for having diplomatic relations with Cuba despite the position of the United States.

“That first meeting at Chaguaramas (in Trinidad) under Eric Williams as chairman was historical. It signalled a determination and a resolve of the four countries that were independent at the time to move forward.”

He said the first meeting of CARICOM leaders which he attended as head of government coincided with the laying of the report of the West Indian Commission, titled “Time for Action” in 1981 and which made recommendations for deepening the regional integration process.

“A special meeting was called and we engaged in extensive discussions. Critical to that report was the constitution of a commission that would have the ability to enforce and implement decisions taken. The debate was intensive, but try though a few of us did we could never get the consensus on the establishment of that commission on the grounds that maintained it was going to be a demission of their sovereignty,” Patterson said.

But he noted that while the regional leaders were using that excuse, he never accepted it because regional countries had joined various international organisations such as the United Nations “which required us to do certain things and refrain from doing certain things.

He said he agreed with the suggestion that there is no need for a further study regarding CARICOM, adding “we have exhausted all the options.

“It is time for a reflection of the political will to put that enforcing machinery in place,” he said, noting that when the Caribbean acted as a unit together with Africa and the Pacific during the negotiations for a Lome Treaty with the European Union.

“We were able to advance the interests of the Caribbean by forming an alliance with the countries of Africa. But for them, there would have been no leverage for us Caribbean people. We got involved not only at the political level but also at the technical level.

‘The results showed what can be achieved through unity, but the European Union recognised how effective we were as a single bloc and they proceeded to try and break up that solidarity by dealing with separate blocs, which deprived us of the collective strength when we enjoyed.

“I think quite frankly that was a fatal move on our part and persons like myself who are out of the system said what we could but the results were cast,” he said, noting that in his last publication titled “My Political Journey” he speaks about “our Caribbean village in the global space.

“I have already spoken of the insistence that in the new negotiations for a new world order we must be present at the table and we must not allow ourselves to be marginalised any further”.

Patterson said in the intervening years there has been a “deliberate attempt” to split the Caribbean, noting “and I am afraid to say it is happening in CARICOM and perhaps the difference in our approach in relating to Venezuela is the best example of that”.

Caribbean countries have adopted a non-intervention, non-interference position regarding the South American country, but the United States, which is seeking to unseat President Nicholas Maduro has been urging some regional states to publicly denounce the situation in Caracas.

Patterson said that the division is more pronounced “more so when there is interest in a commodity which is being found to exist in abundance in Guyana.

“It would be a serious difficulty for us to achieve our objectives if we allow ourselves to be fragmented. The greatest thing which confronts us is climate change because we are all vulnerable to natural disasters,” he said, adding that the region also has to deal with the problem of the coronavirus (COVID-19) and that of external debt.

“What I see happening is that too many of our leaders are concentrating purely on the domestic problems and not recognising the extent which collective action can help us to encounter the difficult challenges that we face,” Patterson said.