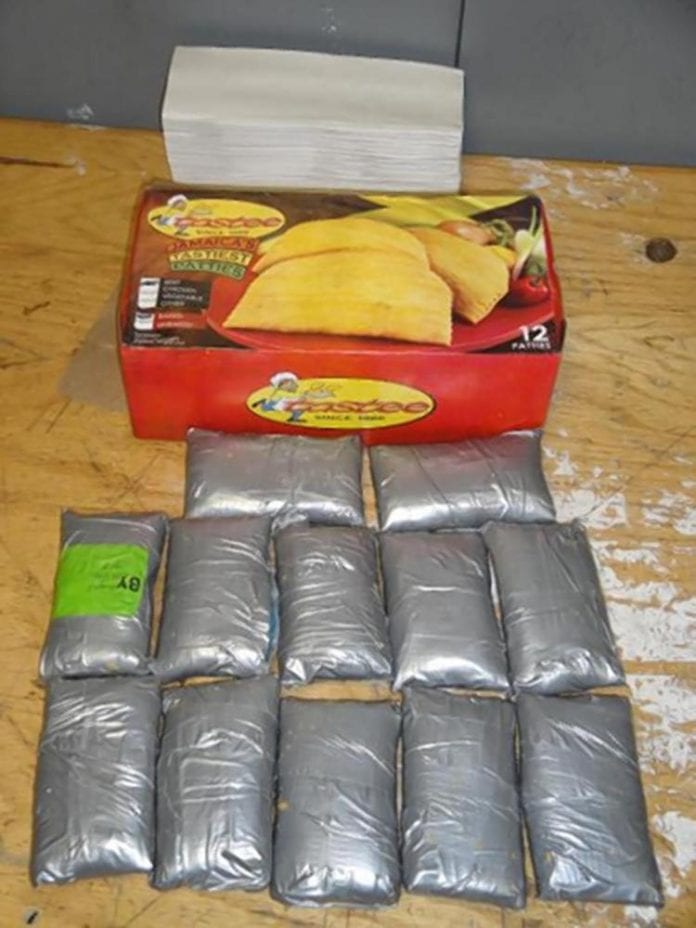 United States law enforcement officials have arrested Chantal Alecia Edward, a Jamaican woman at the JFK International Airport in New York, Thursday as she tried to smuggle $70,000 in cocaine in a box of beef patties.

The Customs and Border Protection (CBP) agency said officers intercepted Bedward on arrival on a flight from Kingston, Jamaica on Tuesday. CBP said officers escorted Bedward to a private search room, where the box of beef patties was opened, and revealing 12 duct-taped packages.

The packages tested positive for cocaine and Bedward was arrested for the importation of a controlled substance and then turned over to Homeland Security Investigations (HSI) facing prosecution by the US Attorney’s Office in the US Eastern District Court of New York.