The Jamaican South Florida community is mourning the death of a Jamaican aviation student who died in a plane crash in Miramar.

The Piper PA-34 airplane crashed on the south side of Pembroke Road near the corner of Hiatus Road shortly before 9 am on Tuesday and then burst into flames.

The Jamaican student pilot, 25 year-old Mark Daniel Scott, resided in Miramar and was a student of Wayman Aviation flight school in Miami. The instructor, Andres Bastidas, who was also in the plane, remains at Memorial Regional Hospital in critical but stable condition.

They were the only occupants of the plane.

Eddy Luy, vice president of Wayman Aviation Academy, told the media that Scott was an advanced student nearly done with his training.

“The flight training is all about emergency operations,” Luy was quoted as saying in a news report. “It’s about what happens in case of this, in case of that, and they seemed to have followed those procedures just fine, but the timing was not right for them.”

Scott is a past student of the Wolmers Boys High School and the Caribbean Aviation Training Centre in Jamaica. In an interview with the Jamaica Gleaner, Captain Errol Stewart, operator of the Jamaican flight school, Stewart said, “He started his career with us at Caribbean Aviation, and he was like my son. In fact, anyone would want to have him as a son.”

The aviation instructor said it was the yearning for opportunities for self-development that drove Scott to move to Florida with his wife, Rachelle, who recently got her commercial pilot licence.

“Those are the struggles we are having here,” said Stewart, noting the difficulties to keep local talent in Jamaica.

Mark was the son of Dr Paul Scott, a pulmonologist based at the University Hospital of the West Indies, and Dr Angela Scott, a haematologist.

Dr Allan Cunningham, the Southern region area Global Diaspora Council member, said he has been in constant touch with the family and described the situation as “truly sad”. 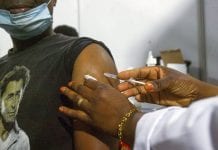