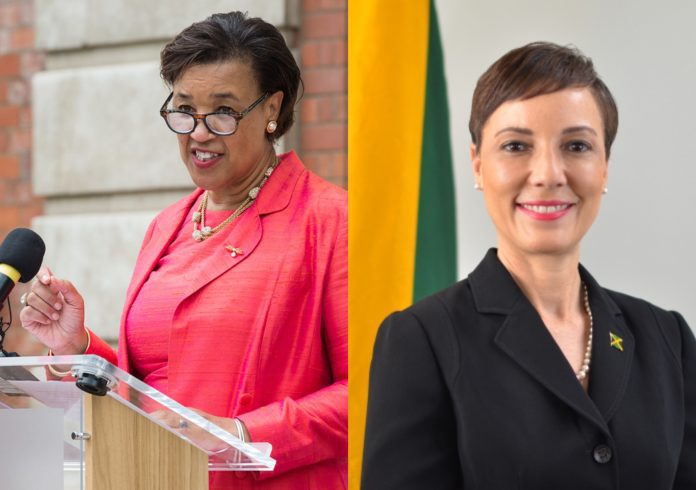 Voting took place at the Commonwealth Heads of Government Meeting in Rwanda on Friday.

Following the announcement of the results, Johnson Smith congratulated Baroness Scotland via Twitter, writing, “Thanking all the countries and people who supported me in this journey! As I said to many of you- if I didn’t pull through, God wasn’t ready for me to leave Jamaica yet! Much love always, I continue to serve, and of course, sincere congratulations to Baroness Scotland. #OneLove.”

Baroness Scotland responded, writing: “Thank you for your gracious congratulations and I am looking forward to working with you closely in the years to come. I am sure you will achieve great things by God’s grace.”

During Johnson Smith’s bid for the post, she had received support from the United Kingdom, Singapore, The Maldives, India, Trinidad and Tobago and Belize.

Her nomination had, however, caused much contention among some CARICOM member states.

In March, prior to the announcement of Johnson Smith’s candidacy, regional leaders issued a communique in which they expressed their support for the re-election of Baroness Scotland.

Following the announcement of Johnson Smith’s nomination, Prime Minister of Antigua and Barbuda Gaston Browne, criticized the move, describing it as a “monumental error”. He cautioned that the decision to “break the CARICOM consensus” and present Kamina Johnson Smith as a candidate, “will only serve to divide CARICOM”.

On Friday, she declared that she will hand over the baton to Africa in 2024.

“We have laid the foundations for transformational change and I am determined that, when the role of secretary-general rotates to Africa two years from now, I will hand on the baton with a stronger, more effective, more powerful Commonwealth than ever before,” she said.