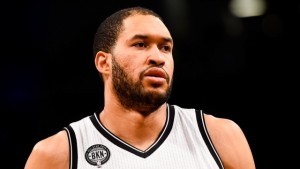 Jordan, who played in 44 games last season for the Brooklyn Nets, premieres next Monday for the Pelicans’ presentation game in Chicago.

He has appeared in 65 career regular-season NBA games. He also has played in the NBA Development League and overseas.