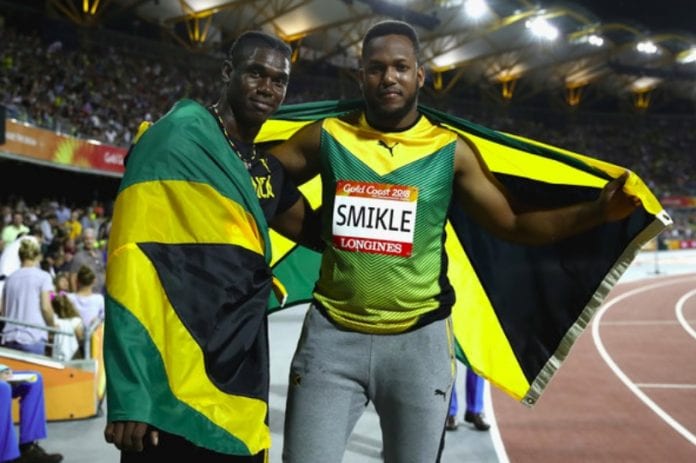 Dacres threw 68.47m to lead a Jamaican first and second place finish in the men’s discus throw as Traves Smikle took second. Ricketts successfully defended her triple jump title with 14.25m (-0.9 m/s), improving her own record in the final round after a battle with American silver medalist Tori Franklin.

Dacres added yet another record to his growing list of achievements as, after setting the record at the Commonwealth Games in March, he surpassed the old record of 60.68m set in 2015 by American Russ Winger on all five of his legal throws as the first four men in the field of six also went past the old mark.

Smikle, who had won the bronze at the Central American and Caribbean Games in Colombia just over a week ago, upgraded to silver with 65.46m with the USA’s Reggie Jagers taking bronze with 62.70m.

Jackson edged Canada’s Crystal Emmanuel for the gold in the women’s 200m, in a record time of running 22.64 seconds, setting a new stadium record. America’s Phyllis Francis took third with 22.91 seconds as Jamaica’s Jodean Williams was fourth in 23.19 seconds.

In the men 200m Trinidad’s Kyle Greaux won the gold in a championship record 20.11 seconds, under the 20.12 second set by Jamaica’s Rasheed Dwyer in 2015, while Canada’s Aaron Brown took the silver in 20.20 seconds.