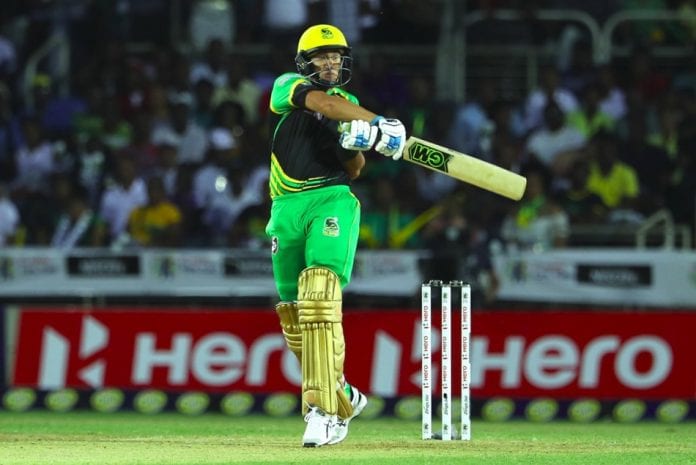 The Jamaica Tallawahs jumped to the top of the table in the 2018 Caribbean Premier League (CPL)  on Wednesday, after beating the St Kitts and Nevis Patriots by 47 runs at Sabina Park. The Patriots who were chasing 179 to win, were restricted to 131-9 in their 20 overs with captain Chris Gayle leading the way with 24 off 25 balls. There were two wickets each for Krishmar Santokie, Adam Zampa and Imad Wasim.

After the Chris Gayle led Patriots won the toss and sent the Tallawahs in to bat, Ross Taylor slammed 51, Kennar Lewis 49 and Glen Phillips 41 in their score of 178-4.

This is the seventh time both teams were meeting each-other in CPL history and the Tallawahs hold the advantage in the head to head statistics with five wins and two losses. The St Kitts and Nevis Patriots were hunting their first win at Sabina Park in CPL history. CPL action continues on Thursday where the St Lucia Stars host the defending champions the Trinbago Knight Riders.