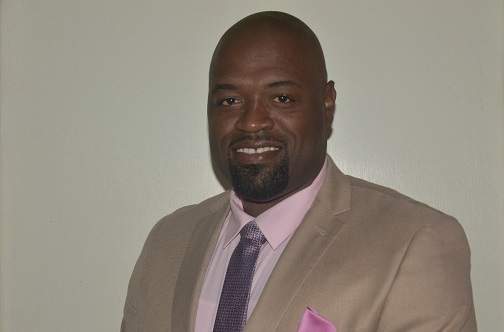 Chairman of the Jamaica Police Federation (JPF), Patrae Rowe is calling for the death penalty to be imposed on criminals who murder members of the security forces.

“The brazen attack on the police is indicative of the level of lawlessness in our country and the very little resistance that they are faced with when they contemplate injuring or committing crime against the police,” Rowe told the Jamaica Observer Newspaper as he commented on the recent murders of Jamaica Defence Force (JDF) Private Reneil King and Police Constable Kemar Francis.

“It is time for our legislation to have sufficient deterrents to ensure that attacks on the police are met with equal force and even in cases where deadly force is not used to repel an attack, the criminals who attack police should be assured that once the police officers are shot and injured they are guaranteed the death penalty and the attack against the police is considered a capital crime.”

Rowe told the newspaper that the unprovoked attack on his colleagues is an attack on the State and vowed that members of the JCF will send a strong signal to people involved in the fatal shooting.

“Two colleagues on patrol…saw a group of men who were approaching them and the men opened an attack on the police unit unprovoked without the officers getting an opportunity to speak to them or engage them any at all.

“The Police Federation is committing that our members will send a strong signal to all the persons who were involved in this attack and killing of our colleague, notwithstanding the heroic action of our deceased colleague partner who repelled the attack which resulted in the fatal shooting of the killer,” Rowe said.

He said the JCF found little “very little comfort in that,” adding there were much more persons at the location and we will pursue them relentlessly.

“Our colleagues at St Andrew South Division remain as some of the bravest and most fierce in the constabulary and whilst we mourn we are not weakened and we will be relentless in our pursuit.”

Rowe, who extended condolences to the families of the security personnel killed, also urged law-abiding Jamaicans to support the efforts of the police in the fight against crime.

“No family deserves to lose a colleague in this way. Constable Francis was a rock to his family in Manchester. His mother is hurting at this time, his father, his siblings. Every single relative —some in the force and outside the force who are grieving. The loss is unbearable.

“This is a young man who left DeCarteret College a few years ago to join the JCF and was killed because of it. It is sad. We are completely saddened by his killing. It is important for us as a country to inspire confidence among our law enforcement officers and to ensure that we continue to carry on and the fight against crime in pursuit of a safer Jamaica,” Rowe said.

Prime Minister Andrew Holness, who also expressed “deep sadness” at the murder of the 27-year-old police officer, said his administration will continue to build a national consensus on crime fighting involving all stakeholders.

Holness said that the country and indeed the brave men and women of the security forces, can rest assured that his administration “will not sit by helplessly while criminals are emboldened to challenge the state, and endanger the lives of law-abiding citizens.”