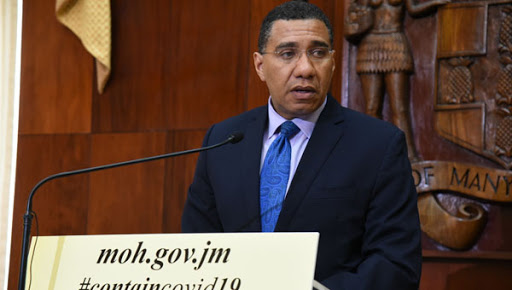 Jamaicans living in the United Kingdom who were planning to visit the island will likely miss a tropical Christmas this year. The island has joined a growing list of countries that have issued a travel ban against the UK following growing concerns over a fast-spreading strain of the coronavirus (COVID-19).

A statement issued Monday morning by the Ministry of Health and Wellness said the ban takes effect immediately and will prohibit all flights from the UK to Jamaica for an initial two-week period ending January 4, 2021.

But, despite the ban, the ministry has advised that flights coming into the country over the next 24 hours and outbound flights to the UK will be allowed up to midnight Tuesday, December 22.

“The country is expecting three flights from the UK over the next 24 hours, one of which is already enroute, however passengers who board those flights will be subjected to a minimum of 48-hour state quarantine and PCR testing,” the statement said.

It advised that passengers who test negative will be fitted with armbands for monitoring and released to complete their 14-day quarantine at home, while those found to be positive will be isolated in state facilities until they recover.

The ministry has further advised that family members of persons who arrive on these flights will be able to pick up their relatives after the minimum 48-hour quarantine.

“Persons who arrive in country from other ports of entry via the UK will also be required to adhere to all restrictions, in line with provisions under the Quarantine Act,” the statement added.

Additionally, the ministry is strongly advising Jamaicans not to travel to the UK at this time.

“Those who travel overseas, including to the UK will, be subject to the established quarantine or isolation procedures, on their return to Jamaica,” it warned.

Although the particular strain of COVID-19 which has mutated has reportedly been spreading in the UK for some time, news emerged on the weekend that it is transmitted up to 70 times easier than the previously known strain. While it has reportedly led to a rapid increase in infections and hospitalisations in the UK, including in London, the authorities there have sought to assure that the mutated strain of the COVID-19 is no more deadlier than the previously known circulating strain.

Despite the assurance, about 30 countries, many of which are in the European Union, have issued temporary travel bans on the UK. Only one other CARICO country, Grenada, has so far suspended flights from the UK.