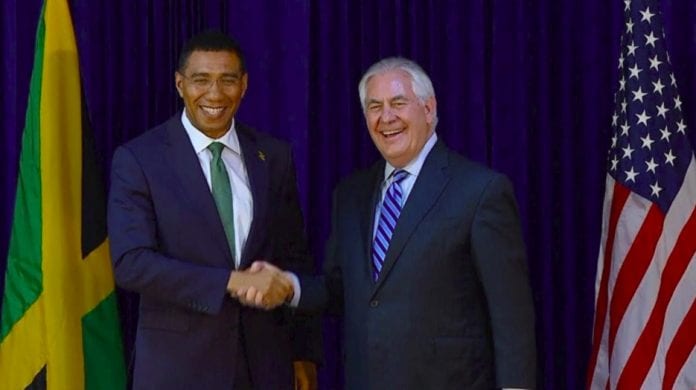 Responding to the sudden firing of US Secretary of State Rex Tillerson on Tuesday by President Donald Trump, Jamaica’s Minister of Foreign Affairs issued the following statement:

The Ministry of Foreign Affairs and Foreign Trade takes note of recent changes announced within the Administration of the United States of America.

Senator Kamina Johnson Smith, Minister of Foreign Affairs and Foreign Trade said, “We wish Mr. Rex Tilllerson all the very best and thank him for the frank and wide-ranging discussions we held with him during his recent visit here in Kingston.  We look forward to meeting Mr. Mike Pompeo, the new Secretary of State in due course and wish him the very best as well.”

The Minister continued, “Jamaica and the United States of America have always had strong ties of cooperation, trade and friendship, and we intend to continue to build on same.”