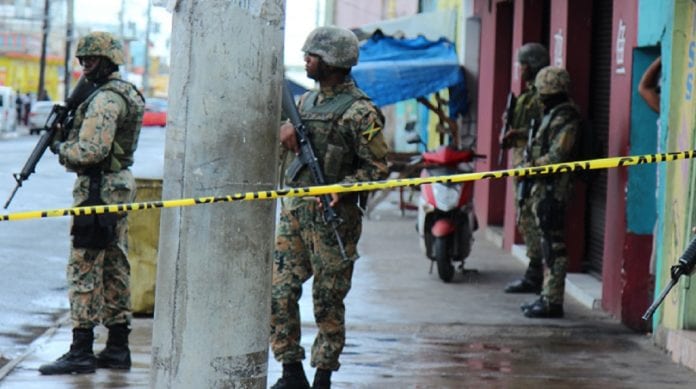 The Jamaica Parliament has extended by a further 60 days the Zones of Special Operations (ZOSOs) in several areas of the country as the Andrew Holness government continues its response to the social challenges facing the communities in which they operate.

Chang told legislators that the ZOSOs continue to provide a whole-of-government response to the social challenges facing the communities, adding “it is being strategically applied to reduce crimes while preserving life and respecting citizens’ rights wherever it is declared.

“In time, this principle will be applied across the island, to all similarly challenged communities,” he said, noting that the ZOSOs have proven to be instrumental in securing the right to life for all citizens, building confidence in legitimate state structures and re-establishing an overwhelming sense of citizenship instead of fear.

The National Security Minister said that as at April 13, the murder rate in Jamaica was 4.3 per cent ahead of the corresponding period in 2020.

Chang said  far for April, 20 per cent fewer murders have been reported than in April 2020.

“This downward tendency is welcome. I am mindful that it is a short timeframe and, therefore, would not consider it a trend, but it is the result of some very hard work and commendable investigations by our police officers,” Chang said, noting also that there has been a significant decline in serious crimes with a marginal increase in shooting incidents.

“Within the ZOSO communities, there have been significant reductions in all incidents. From the inception, there has been a total of some 40 homicides, of which 36 took place in a single ZOSO, which we are now looking at and reviewing our strategy, both in terms of the socio-investment and how we operate the security zone.

“We expect we can take that community to the safe level as we have in the other communities,”. Chang said.