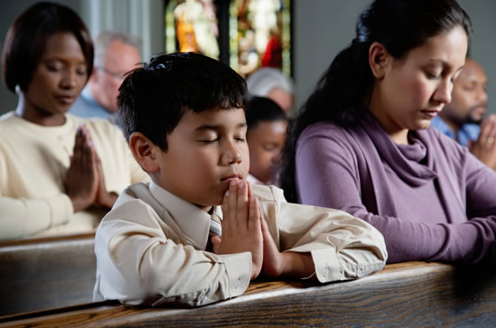 This past weekend, many members of our community gathered to celebrate the holy Easter holiday with worship at church, ending the spiritually reflective Lenten season. However, based on the comments of several religious leaders in the community, there’s concern that the significance of the Lenten season is not making its mark on the younger generation. Even on Easter Sunday, one of the most popular days of worship for Christians, some local pastors commented that “few young people turned out to worship.”

This observation fits the findings of a recent study conducted at Florida Atlantic University (FAU), which found nearly a third of those under age 30 said they were not religious – an increase from 12 percent of those among the same age in the 1980s. The author of the study concluded that the “large declines in religious practice among young adults are further evidence that Millennials are the least religious generation in memory, and possibly in American history.”

In South Florida’s Caribbean community, pastors of different Christian denominations have admitted to the challenges in engaging the youth in church activities. One pastor said the message of Christianity remains the same as it was for older generations, most of whom remain faithful to the religion. However, “something seems to have gone wrong with us, the messengers.”

This pastor, like several others, believe some of their peers have not sufficiently copped with the impact of modern day innovations like the Internet and social media. “Today, the youth have more faith in Google and Yahoo than the teachings offered by some preachers,” one pastor stated.

Proof of this, are the comments of a 23-year-old South Florida college student who claimed being raised in a Christian household, and “faithfully believed” the teachings of his church. However, on further researching some of what he learned on the Internet, he has come to doubt whether most of these lessons “are either practical or feasible.”

The church need to find more innovative and interesting ways to engage the youth into Christianity. There are real signs among the younger generation that Christian traditions are being threatened by modern believe systems. Another pastor acknowledged the church’s need to “find a way to blend its traditions into more modern practices,” as “some of the more traditional rituals doesn’t resonate with the youth.”

Revamping the spiritual significance of rituals make bring some momentum to the cause, based on the response from younger members of our community feel unengaged with their faith. Asked to give reasons why they are not attracted to the church, some young people said the music and hymns were boring, the services and preaching were uninspiring, and that the experience was irrelevant to my life. However, the most prominent response of all was that they were convinced by those who were preaching to them.

Some churches have taken these concerns head-on, adapting their service to inspire a broader congregation. And there is some data that suggest that these moves are affective. Another study in 2014 found churches with younger, more charismatic pastors, services including music played by live bands and animated choirs, and an active presence on social media, were more successful in attracting and maintaining young worshippers.

Recently, it has been noticeable more churches, locally, and nationally, concerned with reaching the youth have initiated the practice of sending religious messages and notices through social media postings, with some success.  A more traditional pastor of a Riviera Beach church said, “slowly, but surely,” he’s getting the youth to participate in church through frequent Facebook and Twitter messages. Mindful that it’s important for the youth to remain positively engaged with religion, he said he’s committed to being a more “relevant messenger” using modern, popular communication tools to reach the youth.