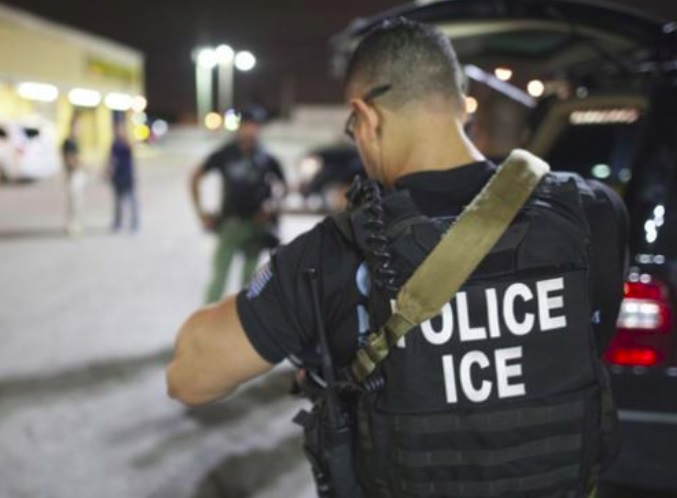 According to its own data, the U.S. Immigration and Customs Enforcement (ICE) has escalated its enforcement efforts in Florida over the past year, arresting some 75 percent more immigrants in 2017 compared to the same period in 2016.

ICE data shows that agents arrested some 6,192 immigrants in Florida, Puerto Rico, and the Virgin Islands this year, a drastic increase over only 3,524 in 2016. Most troubling is that this increased enforcement is not aimed solely at immigrants who have committed crimes, but instead, all immigrants who do not have legal immigration status in the U.S..

Reportedly, ICE’s Miami office Acting Field Director Michael Meade points to Trump’s January 25th Executive Order, effectively cancelling President Obama’s “prioritization” policy, which gave ICE directives to mainly focus on apprehending criminal immigrants, not law abiding immigrants who lacked immigration status. Under Trumps policy, any immigrant in the U.S. encountered by ICE who is in violation of immigration laws, regardless of criminal history, is a potential target for arrest and deportation. The message is clear – if ICE encounters you and you have no proof of legal immigration status, you will likely be arrested and processed for Removal from the U.S.

A new Bill introduced in Congress by Republicans called the SECURE Act of 2017, purports to provide protections to Dreamers currently under the DACA (Deferred Action For Childhood Arrivals) program, in exchange for border security and immigration reforms, including changing the current U.S. Immigration system from family to merit based.

But far from providing protections for Dreamers, the Bill instead incorporates the “Bridge Act” previously introduced in Congress, which merely offers a temporary three year DACA status and no path to a Green Card or Citizenship. Worse yet, the measure includes the controversial RAISE Act, which eliminates all family-based immigration (with exception of spouses and minor children) in favor of a merit-based system. Apparently Republican leaders see the Bill as their offer to Democrats in exchange for protection of Dreamers. Democrats on the other hand see the Bill as a “nonstarter”, saying they will not agree to any measure which offers less than permanent protections for Dreamers and adamantly refuse to trade DACA protections for any limits on family immigration.

As the standoff continues, thousands of Dreamers and their supporters stage rallies and peaceful protests in Washington and across the country, in hopes of swaying Trump and the Republicans.

Participants vow to continue to rally and have their voices heard until congress passes a “Clean” Dream Act. Until then, readers are urged to contact Republican members of Congress to voice support of a permanent standalone DACA law, without any other provisions such as border policies and restrictions on legal immigration.

Understanding the most common immigration bars:

The Five-Year Bar:  Immigrants who are found inadmissible and immediately removed/deported upon arrival at a U.S. port and those who are removed/deported shortly after arrival in the U.S., who have been placed in removal proceedings are ineligible to return to the U.S. for 5 years.

The Ten-Year Bar: Immigrants who have a removal order issued by Immigration judge are ineligible to return to the U.S. for 10 years.

The Twenty-Year Bar:  Immigrants who are deported and who attempt to reenter the U.S. prior to the expiration of the ten-year ban can receive an additional 10 year bar for a total of 20 years.

The Permanent Bar:  Immigrants who are convicted of an aggravated felony, entered without permission after being removed, or illegally reentered the U.S. after having previously been in the U.S. unlawfully for more than one year, may be permanently barred from ever entering the U.S.