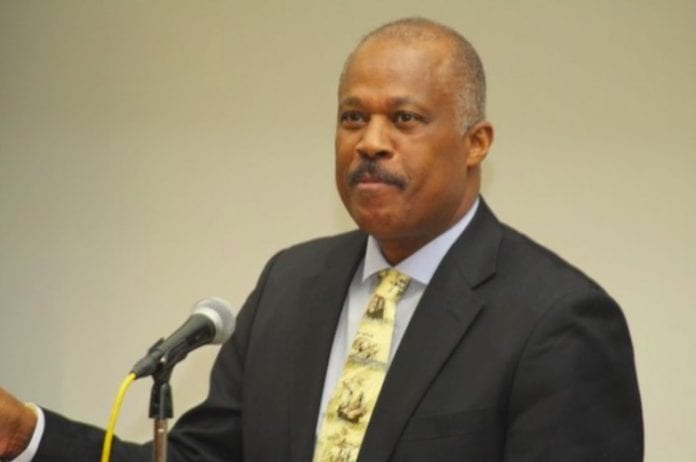 The Vice-Chancellor of the University of the West Indies (UWI), said the Caribbean side had been a key player in the expansion of the global game, providing a “new performance culture” while also generating “a box office bonanza for five solid decades.”

CARICOM requested a meeting with the ICC during the Commonwealth Heads of Government in London this week to discuss the governance crisis only to be told their representatives would be busy preparing for their quarterly board meetings in Kolkata from April 21-26.

“CARICOM has been respectful of the International Cricket Council in its request for a discourse,” said Sir Hilary, who has written several books on West Indies cricket.

“The ICC knows, and should be respectful of the fact, that West Indian cricketers rescued the dying Test game after the Second World War, and gave it a new performance culture that captured the global imagination.

“In the process, the celebrated West Indian brand was born and has generated a box office bonanza for five solid decades.”

Following the two-day Intersessional in Haiti last February, CARICOM adopted legal advice which confirmed it could challenge CWI’s right, as a private entity, to manage the public good of West Indies cricket.

Labelling regional governments as a “major financial stakeholder”, Sir Hilary underscored the importance of ICC approaching CARICOM’s requests with a level of “gratitude and generosity.”

“The ICC sits on a mountain that is filled with West Indian gold. It should therefore be mindful of the need to hear the West Indian case from the people and their governments,” argued Sir Hilary, a former director of Cricket West Indies.

“CARICOM is not asking for any special dispensation. It is insisting that as the major financial stakeholder, there has to be internal restructuring using best practices that have long been upheld by the ICC itself,” Sir Hilary said.