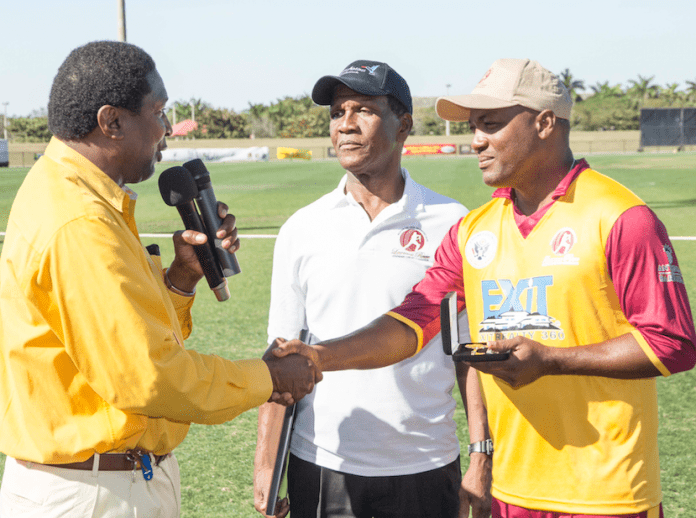 At the December 6 Broward County commission meeting, commissioners discussed a proposal co-sponsored by Commissioner Dale V.C. Holness to host international cricket tournaments at Broward County’s  Central Broward Regional Park and Stadium (CBRP).  Krishna Persaud, local real estate businessman and proprietor of Worldwide Sports Management Group, will work to bring at least three international cricket tournaments a year to the stadium, beginning in 2017.  An emphasis of the agreement between the Broward County and Persaud would be to place a priority on local vendors and CBE businesses.

Commissioner Holness has long advocated the positive economic impact cricket can bring to Broward County.  In 2012 he successfully worked with other members of the community and brought the Digicel T20 Cricket Series- West Indies VS New Zealand to CBRP.  The Digicel T20 games had an attendance of over 11,000 each day, the games were seen in 1.2 billion homes via ESPN and there was at minimum a $3.1 million economic impact for Broward County’s economy.

Holness has worked with Persaud and his team for nearly a year to bring this item forward.  He also supported the India vs. West Indies T20 international match in August of this year, which brought an estimated economic impact of $10 million, and supports bringing the Caribbean Premier League (CPL) to CBRP which will bring an estimated economic impact of $5 million.  Important to note, local teams and promoters will be protected and will receive support from this initiative.

“Kris Persaud and his team members are willing to invest their own funds to help Broward County utilize CBRP& Stadium to fulfill its mission of providing international cricket games that will not only bring tourists to Broward County, but also  grow our economy and create jobs for the people of Broward County,” said Commissioner Holness.

Opened in 2007, Central Broward Regional Park & Stadium (CBRP), is a 110-acre multipurpose facility.  With an investment of nearly $80 million, the venue is also used for soccer matches and camps, cultural carnivals and music festivals. CBRP is the only cricket stadium in the United States certified by the International Cricket Council (ICC).