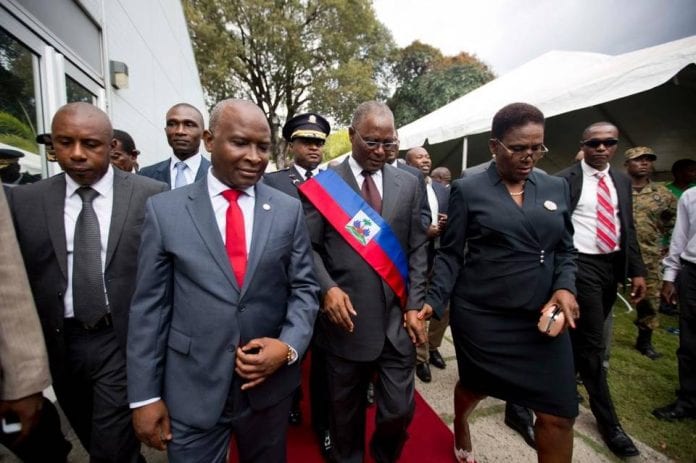 Haiti’s Parliament once again failed to decide what they are going to do about President Jocelerme Privert whose term has expired but remains in office due to the the absence of an election to resolve the latest leadership disagreement.

A joint National Assembly session went on for hours with no vote was taken but plenty arguments and tempers raised.

Haiti’s senators and deputies have avoided a vote for two weeks on whether to extend the mandate of acting President Privert or open the door for another provisional leader. Privert’s 120-day mandate expired two weeks ago under the terms of an accord implemented in February which helped bring him to power.

Already dismal public perceptions of many Haitian politicians appear to be lowering as a slew of economic, health and other challenges worsen in the country.

“I just wish these people could find a way to compromise and move on. It seems like there is no end to it,” said Beatrice Pantal, a hair stylist in the capital of Port-au-Prince.

U.S.A Ambassador to Haiti, Peter F. Mulrean, shared his concern about the  current situation in Haiti saying that it is time for Parliament to decide the next steps as planned in the agreement of February 5.

In February, a majority of National Assembly members elected Privert to head a short-term provisional government amid suspended elections that have left the presidency vacant.

Electoral officials have announced recently that a new presidential election will be held in October with new safeguards in place to avoid the fraud that corrupted and postponed last year’s election.

Besides their opposition to Privert, various opposition candidates blocking a parliamentary vote are also fighting to ensure they don’t lose their seats. A verification commission that called for a redo of last year’s presidential balloting due to significant electoral fraud also urged that a number of legislative contests be examined closely by electoral authorities.