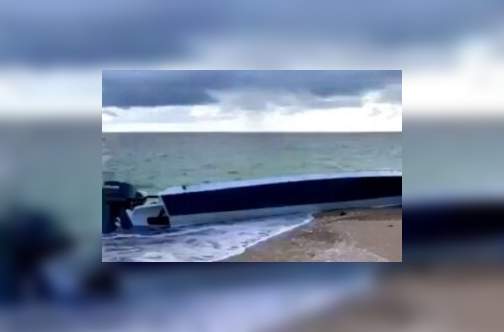 At least 24 Haitian nationals and two Bahamians have been detained after they were intercepted while trying to illegally enter the United States on Tuesday near the Mar-a-Lago Club, which is owned by President Donald Trump.

US immigration authorities said that they have since the last weekend, intercepted two boats in separate operations, near the coast of Palm Beach County, carrying a total of 24 Haitians.

They said one of the boats was intercepted Tuesday near Trump’s private property.

Head of the border patrol in the Miami area, John R. Modlin, said that 10 Haitians were arrested as well as two Bahamians accused of smuggling people and handed over to “Customs and Border Protection for legal consequences while the illegal migrants will be repatriated to Haiti.”

He said that this was the second case of human trafficking near the coast of Palm Beach in two days, adding that last Sunday, another boat loaded with immigrants including 14 Haitians had been intercepted.

The authorities have said that for the period, October 2019 to September 2020, the US Coast Guard has intercepted more than 2,500 Haitians who tried to enter the United States illegally.