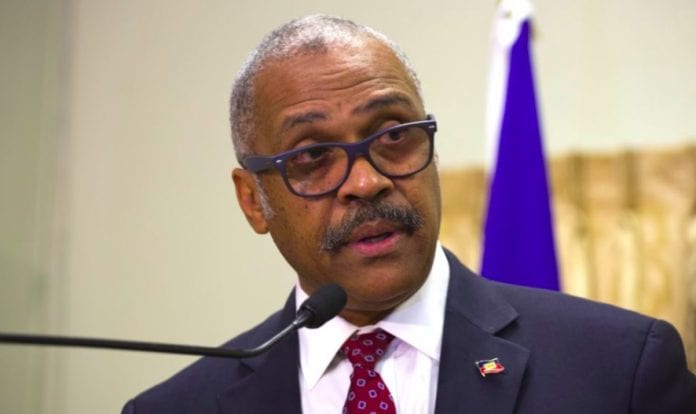 The Haitian government has reiterated its warning to persons to stop wearing military uniforms which it says is intended to confuse and discredit the new army.

Prime Minister Jack Guy Lafontant said his administration “notes that, despite repeated calls and warnings through official communiques, individuals posing as demobilized soldiers persist in their destabilizing endeavors, either by intimidating the population or by attempting to substitute for the forces of order”.

He warned that the government will “not tolerate the law being broken and the rights systematically trampled on without their authors paying the price.”

Earlier this month, the Ministry of Defense reminded everyone that “the restoration of the Armed Forces of Haiti by two decrees of 16 and 17 November 2017 do not authorize any citizen, regardless of his status or to any organization he belongs, to wear military uniforms without being part of a legally constituted military organization.”

It said that it was also urging those persons who were using the military uniforms “or …in certain circumstances, to take the place of police forces, constitutionally responsible for ensuring public order, protecting life and property.”

On October 9 last year, the Council of Ministers adopted a “decree on the organization and functioning of the Ministry of Defence”, which officially remobilized the Armed Forces of Haiti (FAd’H).

The decree fulfils a campaign promise of President Jovenel Moise to re-establish the force so as to ensure that the French-speaking Caribbean Community (CARICOM) country was able to see after its security following the departure of the United Nations Stabilization Mission In Haiti (MINUSTAH), the UN peacekeeping mission in Haiti that was in operation from 2004 to 2017.