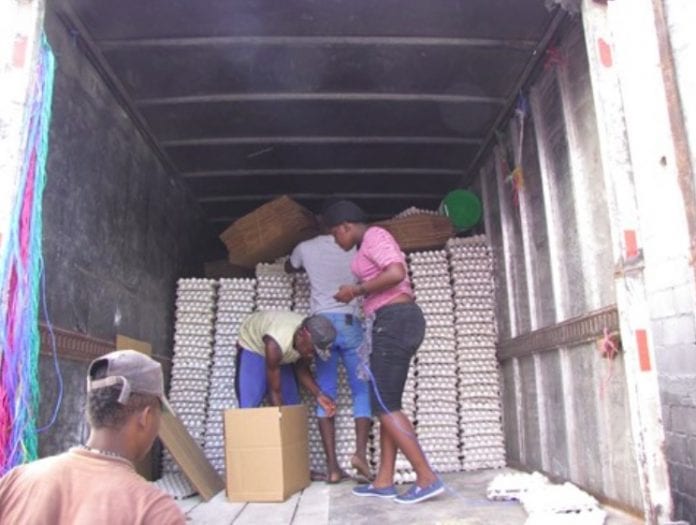 Chaos reigned at the Dominican Republic, Haiti border on Monday as over 20 Dominican products were barred from entering the country.

According to the head of the Dajabón Retailers Association, Abigail Bueno, the measures implemented by Haitian customs officials amounts to abuse as it hurts the small merchants from Haiti and not the wholesalers.

“This situation is one of the factors that is taking us to bankruptcy. Haitian and Dominican merchants, who sell in the market take out loans in banks, cooperatives and other commercial establishments.  In fact, this mockery of preventing the entry of Dominican products on a whim is causing us all to go bankrupt,” Bueno said. He said that there is urgent need for dialogue.

However, according to Haitian officials, the ban on 23 products from the Dominican Republic is nothing new and they are only banned from entering by road.

Haiti’s Finance Ministry says the measures are adopted with the aim of a “better quality control and to better ensure the safety of the population” and to enable the country to recover millions lost due to smuggling.

The Ministry has also warned stakeholders that “the General Administration of Customs is instructed to make the immediate seizure of any product on the list that would be imported by a port other than those authorized by a border office.”