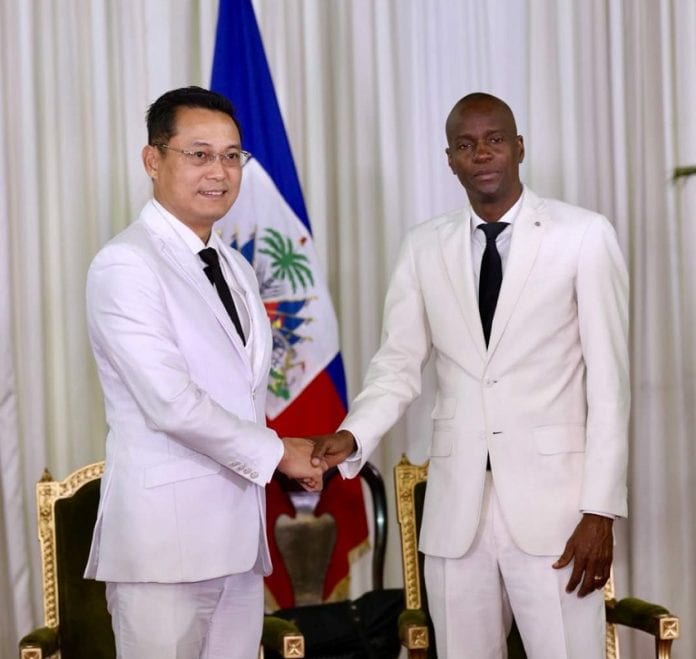 The governments of Haiti and Vietnam have pledged to implement measures to boost bilateral cooperation in certain areas including economy, investment, telecommunications and agriculture.

This was the outcome of meetings held last week, between President Jovenel Moise and the Vietnamese Ambassador for Cuba and Haiti, Nguyen Trung Thanh, who paid a six-day working visit to Hati.

Joint Committee on Trade and Investment

They also discussed says to activate the mechanism of the Joint Committee on Trade and Investment and to start negotiations for the signature of the agreements for the encouragement and protection of investment and non-double taxation.

Nguyen Trung Thành was also received by Prime Minister Jack Guy Lafontant, who was briefed on the achievements of Vietnam and future directions of the country’s foreign relations.

Committed to investments in Haiti

Lafontant said he is committed to fostering Vietnamese business investment in Haiti and wants Vietnam to focus its investments on agriculture, the textile industry and share with Haiti its experiences in adapting to climate change and sustainable development.

Addressing the regional situation, including the Eastern Sea issue, the Prime Minister shared the need to strengthen cooperation to promote peace, stability, security, the rule of law, peacefully resolve all disputes, including at sea.