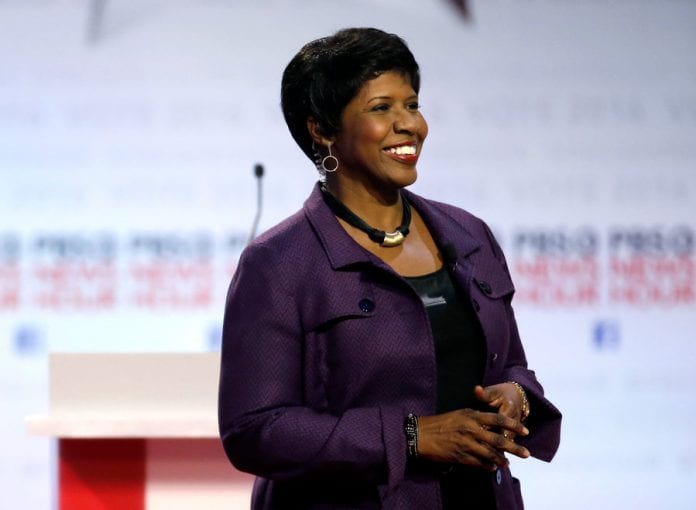 Gwen Ifill, one of America’s more prominent and respected African-American journalist died Monday, November 14 after a long bout with cancer.

Following a career as a newspaper journalist Ifil was, for the past several years, the co-host of the PBS news show, “The PBS News Hour,” and moderator of PBS’s  “Washington Week” a roundtable public affairs show.

In recent months she continued to host these shows despite being treated for cancer.

Although she was well known and respected in journalistic circles and was a distinct influence to her younger colleagues, she gained popularity with the American public in 2008 when she moderated the vice-presidential debate between Republican vice-presidential candidate Sarah Palin and Democrat Joe Biden. Earlier in February this year during the Democratic presidential primary election campaign she also co-moderated a Democratic primary debate in Wisconsin between former secretary of state Hillary Clinton and Sen. Bernie Sanders of Vermont.

Her absence was peculiar during PBS coverage of the results of the 2016 presidential elections on November 8. However, it was learned that Ifil was being treated in a hospice institution in Washington DC, where she eventually died.

Ms. Ifil began her reporting career in the late 1970s, as a political journalist newspapers in Boston and Baltimore. Because she was a black woman she was referred to as “a rarity in newsrooms and rarer still on the city hall beat.”

In the 1990s she rose from covering city politics to cover national presidential politics and campaigns, including Bill Clinton’s presidential campaign in 1992, and was an frequent panelists on Washington public-affairs shows.  She represented the New York Times as White House correspondent in the early years of Clinton’s presidency. In 1994 she joined the staff of NBC-TV news in New York, on the recommendation of the late host of NBC’s “Meet the Press,” Tim Russert.

Ifill who was of Caribbean heritage was born in Queens New York on Sept. 29, 1955, the fifth of six children of O. Urcille Ifill, a Panamanian immigrant, and later pastor in the African Methodist Episcopal church. Her mother, the former Eleanor Husbands, was an immigrant from Barbados.

Ms. Ifill was the author of the book, “The Breakthrough: Politics and Race in the Age of Obama” (2009), which traced a post-civil-rights generation of African American politicians.