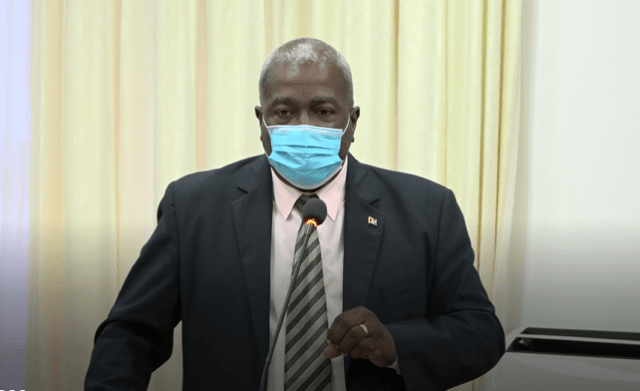 The Guyana government on Wednesday said it intends to reduce the cost of energy in the country by 50 per cent over the next five years.

Prime Minister retired Brigadier, Mark Phillips, in a virtual address to the roundtable discussion organised by the International Energy Agency (IEA) and the Latin American Energy Organisation (OLADE), said the new Irfaan Ali administration is committed to providing stable and reliable energy for both domestic and commercial purposes with the aim of reducing its cost by at least 50 per cent over the next five years.

He told the discussion that high on the government’s agenda is to significantly upgrade the energy sector, “(we) will pursue a programme with an energy mix that includes hydropower, natural gas, solar and wind, which will lead to more than 400 megawatts of newly installed capacity for residential and commercial users over the next five years, and a reduction in the cost of energy by at least 50 per cent”.

Phillips said that the government will take urgent action to improve and upgrade the transmission and distribution of energy.

Phillip, addressing the theme of the roundtable event, “Leaving no one behind – how to build inclusiveness into sustainable recovery,” said that Guyana’s policy to develop low carbon and climate-resilient economy is outlined in the country’s Low Carbon Development Strategy (LCDS), which mandates maintaining low deforestation rates and the sustainable use of resources over generations.

Additionally, he said the government is committed to exploring all possibilities for the use of natural gas for electricity production.

He said the completion of the Amaila Falls Hydroelectric Project, the expansion of the Hinterland Electrification Programme to benefit 25,000 households and the development of mini-hydropower grid-tied systems in towns such as Lethem and Bartica, are also on the agenda.

“These actions will lead to a modernised energy sector with an increased mix of clean and renewable resources that provides affordable, reliable and clean energy services for all in the most sustainable manner,” Phillips said.

He said Latin America and the Caribbean can ensure energy access and inclusiveness as an integral part of recovery measures, through improved data collection and knowledge sharing, support for investment promotion, access to grant funding and concessional financing, and the sharing of policies and programmes among other initiatives.

“We are glad to hear that you are working on a huge commitment to reduce the energy access gap … congratulations.”

The ILA-OLADE Ministerial Roundtable is a virtual high-level dialogue in collaboration with the Inter-American Development Bank (IDB), aimed at creating “insights for defining Latin America’s regional energy agenda for a post-COVID-19 era.”

The event involved the participation of several ministers from Latin American countries, leaders of international organisations, and officials from the International Energy Agency (IEA).

The outcome of the meeting is expected to form part of the discussions in next month’s OLADE’s 50th Meeting of Ministers.