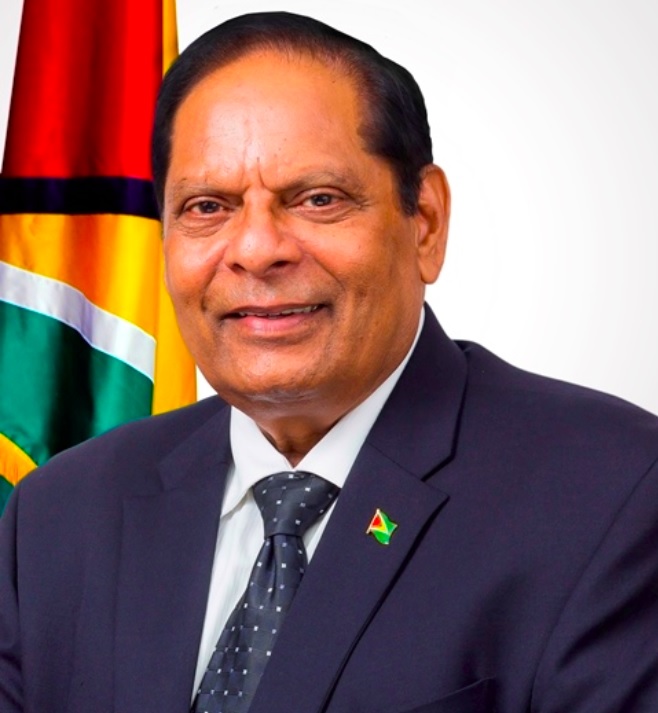 Prime Minister Moses Nagamootoo says the upcoming visit of  a 25-member United States delegation, including representatives of the US Congress, underscores the “episodic” return of  significant American presence in Guyana.

Writing in his newspaper column, Nagamootoo said that with the upcoming visit “expectations are high that something big is about to happen that would positively impact the lives of Guyanese”.

He said it could hardly miss anyone’s attention that this visit coincides with prospects of first oil by the American giant, ExxonMobil, from reserves it estimated at four billion barrels off Guyana’s Atlantic economic zone.

Nagamootoo said that Washington has been quick “to connect with this reality” making reference to Secretary of State Mike Pompeo’s statement marking the country’s 52nd anniversary of political independence.

Prime Minister Nagamootoo said that the message “committed the United States to the advancement of our prosperity by helping Guyana to develop her emerging oil sector “in partnership with U.S. business.”

Nagamootoo also noted the recent decision to establish the American Chamber of Commerce (AMCHAM) here, which he said “would rank among the biggest successes of US Ambassador Perry Halloway in bridging American-Guyanese business cooperation”.