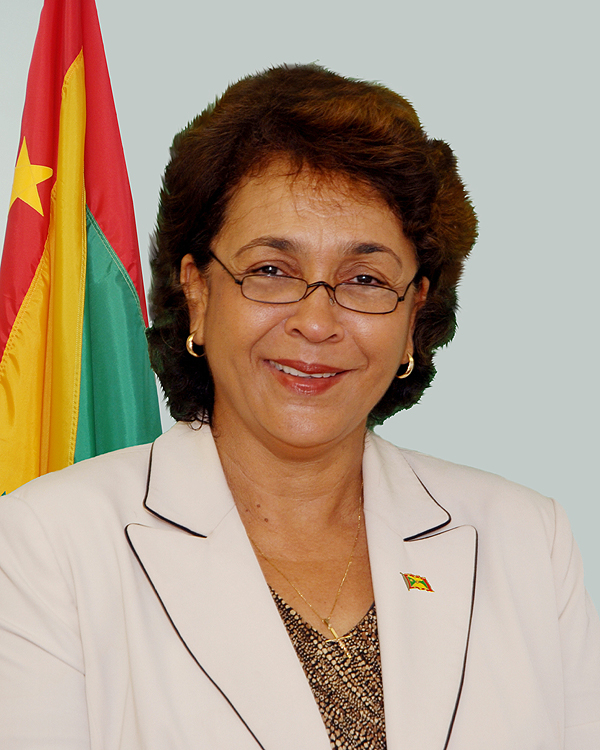 Bernardine, who was elected to lead the party on November 3, attributed her decision to medical reasons.

“It is with regret that I have taken the decision to step out of politics for medical reasons. My doctors have indicated that the stress levels are too high, and I run the risk of shortening my life,” said Bernardine in a video statement issued on the party’s facebook page.

“The stress, having a very negative impact on my health and has created a number of factors that will disappear if the stress factor is reduced. So I have little choice, so for medical reasons, I must resign from both positions,” said Bernardine who has also resigned as the caretaker for the South East St. George’s constituency.

Bernardine gave the assurance that the NDC will continue to be her choice of political support. “Let me assure you that NDC will always be my party…I am right here and will lend support to the party,” she promised while reminding party supporters that political leadership was always agreed to be a one year run. “I agreed to let it run for one year and will see how things develop,” she said.

Bernardine was appointed Minister for Education after the NDC won the 2008 general election. Leading up to that election she was chairman of the Civil Society grouping which was equivalent to a pressure group.

Following the party’s loss at the 2013 general elections, she continued to serve as an executive member of the Party in the capacity as public relations officer.

In both the 2013 and 2018 general election, she was unable to capture the majority of votes to win the seats she contested.

Terrence Moore, Chairman of the Party, thanked Bernardine for her service and acknowledged her contribution to the party, stating that she was instrumental in its growth and development over the past year.

“She has been an integral part of the party…we wish her God’s blessing, health and strength and best wishes,” he said.