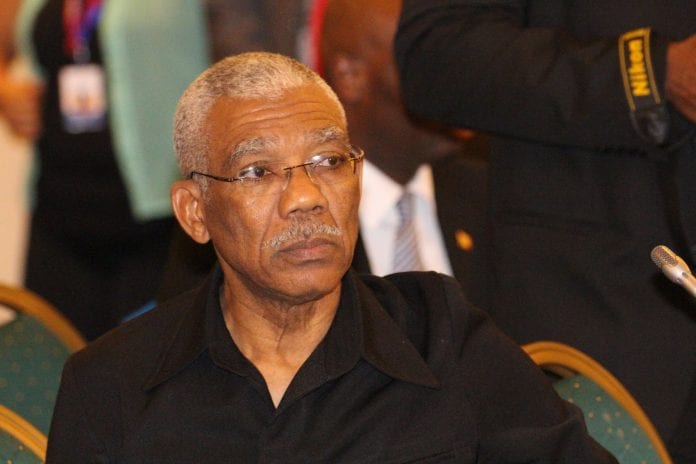 The Ministry of Finance in a statement said that the report by the on-line publication, Citizens Report, on Tuesday, was false.

The statement said that had there been an increase in the President’s salary, there would have been a corresponding increase in the pensions received by the three ex-presidents, namely Bharat Jagdeo, Samuel Hinds and Donald Ramotar.

“If Citizen’s Report was not so bent on causing public mischief, a quick check of the pensions of any of the three ex-Presidents would have shown that they have remained the same since 2015.

The Ministry of Finance said it is unfortunate, that as the country enters the elections season, “the issue of a well-deserved increase in wages and salaries for public servants, who, under the PPP/C (People’s Progressive Party/Civic) administration, were financially impoverished and subjected to poor working conditions, should be twisted into a blatantly false claim.

“It is worth recapping that this latest increase in the minimum wage represents an overall increase of 77 percent the A Partnership for National Unity/Alliance for Change (APNU+AFC) coalition took office in 2015. This is a tangible demonstration of the government’s commitment to building a Good Life for All Guyanese, as we enter the Decade of Development.”

The statement said that it is also unfortunate that attempts were made to impugn the Constitutional Order, which was signed by Minister of Finance Winston Jordan, on December 2 2019, well within the life of the Parliament, which was dissolved on December 29, 2019.

“The Ministry wishes to exhort the reporters of Citizens Report to become more acquainted with the tenets of good reporting, rather than pander to their handlers and do a disservice to their readers,” the statement added.

Guyanese go to the polls on March 2 to elect a new government.