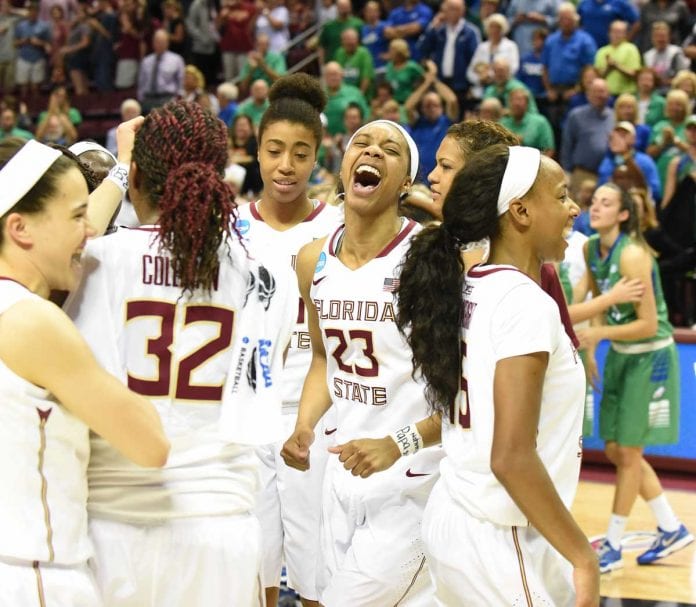 Florida State Women’s Basketball adds a Caribbean tournament to their schedule as they set out to play in the 2016 Paradise Jam in the Virgin Islands. The three-day tournament takes place Nov. 24-26 at the UVI Sports and Fitness Center.

The Seminoles begin the tournament with a matchup against Winthrop on Thanksgiving at 6:45 p.m. On Friday, Nov. 25, FSU faces Gonzaga at 6:45 p.m. and ends the tournament against Michigan on Saturday at 9 p.m. All games times are in Atlantic Standard Time.

This year’s trip to the U.S. Virgin Islands will mark the fifth tournament over the last nine seasons where FSU has played multiple games in the Caribbean. The Seminoles have played in Cancun, Mexico, in 2008 and 2014, the Bahamas in 2010 and Puerto Rico in 2012. FSU also played in Puerto Rico in 2004.

“We’re always looking to give our student-athletes and staff the best experience possible. This trip to the U.S. Virgin Islands marks another stop for us in the Caribbean,” said FSU head coach Sue Semrau .

In Florida State’s most recent season in 2015-16, it managed to stay in the Top 15 of the USA Today Coaches Poll for the entire year. FSU finished 12th in the final poll, its third-highest ranking ever. One of only eight programs in the nation to make back-to-back appearances in the regional semifinals, the Seminoles went to the NCAA Sweet 16 for the second consecutive year.

FSU, which is ranked 15th in ESPNW’s preseason Top 25 rankings, with three All Atlantic Coast Conference, performers return in senior point guard Leticia Romero, senior guard Brittany Brown and junior forward Shakayla Thomas. In addition to the three games at the Paradise Jam, another game has already been revealed in its road matchup at Minnesota on Nov. 30 as part of the ACC/B1G Challenge.

Coronavirus Deaths are Rising Again in the US, as Aeared