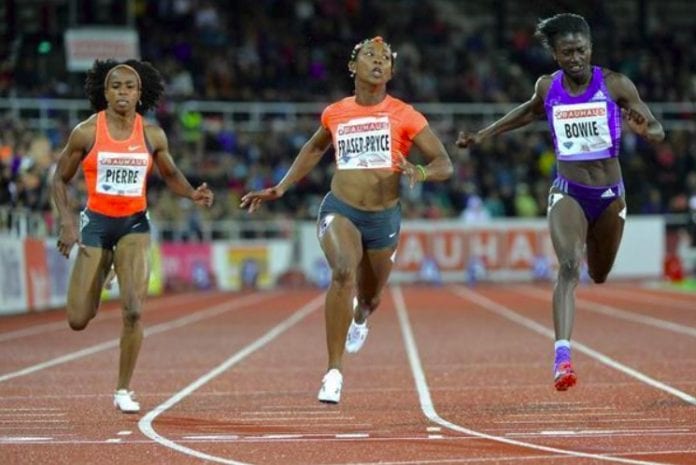 Seven-time world champion, Jamaican Shelly-Ann Fraser-Pryce and her compatriot Asafa Powell, had to settle for minor placings in their respective 100m races at the Gala Dei Castelli meeting in Switzerland on Wednesday.

However, Jamaica’s Tajay Gayle won the long jump in a personal best performance.

Fraser-Pryce, who recently competed at the inaugural Athletics World Cup in London as a member of Jamaica’s 4x100m relay team, finished second in the 100m dash. The race was won by Switzerland’s Mujinga Kambundji in 11.13, just ahead of the two-time Olympic champion who was timed in 11.15s.

Meanwhile, Nesta Carter won the Men’s B race in 10.27s ahead of Powell, who was third in 10.44s. Powell is returning from a long layoff because of injury.

The A race was won by the USA’s Mike Rodgers who clocked an impressive 9.92s to get the better of former Jamaican Jak Ali Harvey, who clocked 9.99s. Justin Gatlin was fourth in 10.13s.

Meanwhile, Gayle, who has been improving with each jump this season, leapt out to a personal best 8.19m to win the long jump.