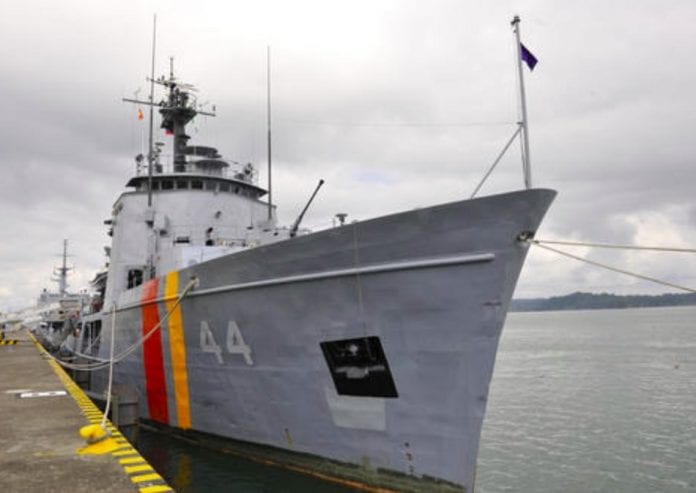 The Jamaica government Monday confirmed that four of the 28 nationals rescued by the Colombian Coast Guard following a fire on their vessel more than a week ago have returned to the island.

“Four of the fishermen, who were being treated for burns in a medical facility in San Andres were released on Friday and returned safely on Saturday.

The men were met and transported to the Cornwall Regional Hospital by health officials, and while we are pleased that after assessment three were released, we regret that one had to be kept for further treatment,” said Foreign Affairs and Foreign Trade Minister Kamina Johnson Smith.

She said that arrangements continue to be made for the remaining 24 fishermen and crew members.

“The Government of Jamaica has made the necessary plans to ensure the safe return of the men during the course of this week. As I am sure the affected families and the public would understand, these matters are actually quite complex and issues like timing are affected by many different factors.

“My team and I at Foreign Affairs have to express our appreciation for the support of the Minister of Labour and Social Security,  Shahine Robinson, who came on board and aided our efforts to make arrangements for our nationals through the Jamaican Embassy in Bogota and our Honorary Consul in San Andres,” she said.

Johnson Smith indicated that her ministry would continue to keep the public updated and again expressed her continued appreciation to the Colombian authorities as well as key local stakeholders for their assistance.

Last week, the Ministry of Foreign Affairs said that while Jamaica had been given clearance to repatriate the fishermen those still being treated for burns cannot be released from medical care and that  arrangements for everyone’s return have to take that timing into consideration.

“The safe and earliest possible return of the men is the immediate concern of the Government of Jamaica. We are working with the Colombian authorities to arrange for their safe return. We hope this will happen over the weekend,” added Johnson Smith.

She said the owner of the boat, who operates a commercial fishing company, has also been in contact with the foreign affairs ministry and maintains daily contact with the fishermen and has been keeping their families informed.