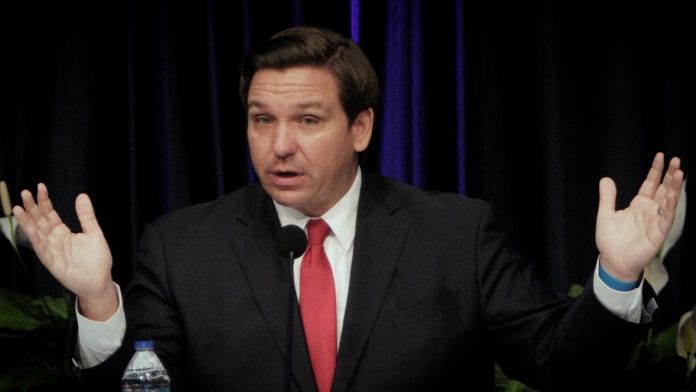 After setting another one-day COVID-19 record on Wednesday, Florida broke the record again today, with a massive increase of almost 9,000 new cases.

Florida’s health department today reported 8,942 new cases of COVID-19, smashing the previous record of 5,511. The new cases bring the total confirmed cases in the state to 122,960, including 3,366 deaths.

While some counties have increased safety measures such as requiring face coverings for all residents and harsher penalties for non-compliant businesses, Florida Gov. Ron DeSantis still maintains that the increase in cases is as a result of increased testing.

“What we’re seeing today, obviously a lot of news [is] saying a huge number of ‘cases,‘” DeSantis said at a press conference on Friday.

“Really nothing has changed in the past week. We had a big test dump. We’ve been testing, 10-15% have been testing positive for really the last week. And that’s a huge change from where we were at the beginning of June, when we were basically 3-4% in terms of the positivity statewide.”