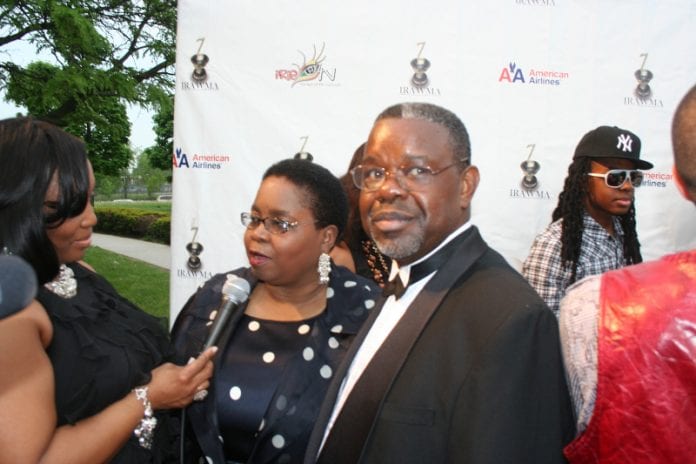 Martin, a Jamaican-Chicagoan, will on Sunday, October 2 bring the curtains down on the

35th Anniversary of the International Reggae and World Music Awards (IRAWMA) at the Coral Springs Center for the Arts in Fort Lauderdale.

This was by no means easy  – but despite ups and downs over the years, Martin’s determination shone through.

His journey started in Kingston, in the mid-1970s,  Martin, who called “Johnny Walker” by his colleagues at the Gleaner, was well known for his coverage of reggae artistes.

Entertainers and producers, such as Tommy Cowan, Jacob Miller and Inner Circle, Peter Tosh,  Bob and Rita Marley were all covered by Martin.

An event that will forever be etched in his memory, may have shaped his future.

He recalls on the night of March 21, 1980,  Rita Marley called the Gleaner office and asked Ephraim to go to the Norman Manley Airport to meet and cover Bob Marley, Jacob Miller, Junior Mervin and Chris Blackwell. On this occasion, Bob Marley and Jacob Miller strongly encouraged him to get more involved with the music and to travel with them – an offer that was turned town.

The following Saturday, Martin recalls that Jacob asked him to take some of the photographs and a meeting scheduled for the Zinc Fence Theater. On that day, when Martin went to the Zinc Fence, Jacob left a message stating that  he would be right back.

Ephraim used the opportunity to return to the Gleaner to turn in his assignment. But while in office the then news editor Ivoral Davis demanded broke the news  of Jacob’s Miller death and asked  Ephraim to go to the scene.

“Jacob is waiting on me at the Zinc Fence,” Martin said. However Davies responded – “If you don’t leave now, you are fired!”

With that twist of fate, Martin felt compelled to do more for the reggae industry through the media.

One year later, in 1981, Martin arrived in Chicago and secured a job with the Chicago Daily Defender .

During his tenure, one of his articles resonated with Peter Tosh  who was on tour performing with Jimmy Cliff . With this – another seed was planted  and in1 982, Martin established the Chicago Music Awards (CMA) and the International Reggae Awards, (IRAWMA) with no intention of doing it for a long time.

Little did he known that  other productions would follow the CMA and today, 35 years later, Martin is doing something that no other Entertainment Producer has done.

So come October 2, it will be yet another achievement for the Jamaica when he produces his100thth annual entertainment event with the staging of the International Reggae and World Music Awards (IRAWMA) .