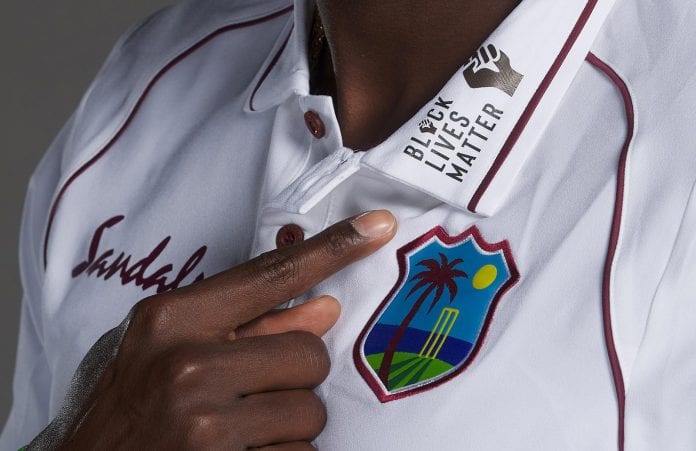 MANCHESTER, England – England’s cricketers will follow the lead of their West Indies opponents and wear the Black Lives Matter logo on their shirt collars in the three-Test series starting next week.

The England and Wales Cricket Board (ECB) said it took the decision with the full support of the England players led by Test captain Joe Root and stand-in captain for the first Test Ben Stokes.

“In a mark of solidarity, the team will join the West Indies and carry an identical logo on their playing shirts,” it said in a statement on Thursday, three days after Cricket West Indies (CWI) made its announcement that the logo would be brandished on the left side of the shirt collars of the regional players.

The ECB’s chief executive officer, Tom Harrison stressed the decision was not intended as a political statement, adding that “this moment is about unity”.

“We are proud that our players will stand alongside those from the West Indies and wear a logo that embodies that philosophy. It is fitting that they do so in solidarity with athletes from the football world who wore it first,” he said.

“We have a responsibility to ensure that cricket is truly a game for everyone. We will shortly set out further steps that build on the work we have already done to make cricket more inclusive and diverse in order to address some of the barriers which still exist for some communities.”

Insisting that there can be no place for racism in society or the sport of cricket “and we must do more to tackle it”, Harrison reiterated the ECB’s full support of the Black Lives Matter message.

“It has become a message of solidarity and a drive for progress and societal change…. Our support of that message is not an endorsement, tacit or otherwise, of any political organisation, nor the backing of any group that calls for violence or condones illegal activity. We are aware of certain aspects of the movement that promote their own political views, and their actions are not supported in any way by the ECB and our players,” he said.

Root added that it was important to show solidarity to the black community and to raise much needed awareness around the topics of equality and justice.

“The England players and management are unified in this approach and will use the platform of international cricket to fully support the objective of eradicating racial prejudice wherever it exists,” the England captain said.

“There has to be equal opportunity and equal rights for all. We hope by making this stance we can play our part in standing shoulder-to-shoulder as a team and we hope that by continuing to raise awareness we can move towards a society in which the colour of your skin and your background has no bearing on your opportunities.

“It is very simple, we believe there is no room for racism or any form of discrimination, anywhere,” Root added.

The Black Lives Matter emblem was designed by Alisha Hosannah, the partner of Troy Deeney, professional footballer and captain of Premier League side Watford Football Club. He was contacted by ECB and CWI and permission was granted for the logo to be displayed on the collar according to ICC regulations.

“Alisha and I are immensely proud to be asked and take part in a monumental moment in world sport, this amazing decision by the England and West Indies cricket teams to show their support for Black Lives Matter,” Deeney said.

“When I got the call, I didn’t hesitate to respond, because I know as sportspersons in the spotlight, how important our efforts are to bring about change and the role we play in moving towards change in our society. Watching cricket with my grandad shaped my childhood, so it’s great to be able to help England and West Indies Cricket to show their support in such a meaningful way.”

The England team are currently preparing for the first Test, scheduled to start next Wednesday, in a bio-secure environment at the Ageas Bowl in Southampton. All players and management live, train and play on-venue and is part of comprehensive medical and operational protocol to ensure all players and staff can play safely due to the impact of COVID-19.

The two sides will face each other in second and third Tests at Old Trafford on July 16-20 and 24-28.