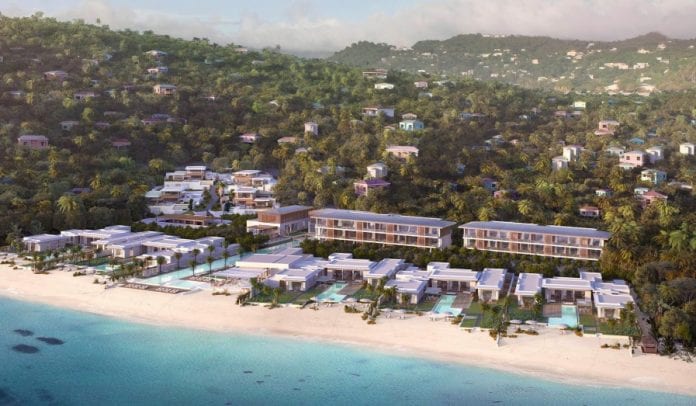 St. GEORGE’S, Nov 23, CMC – Grenada moved closer to having 3,000 hotel rooms after the island’s newest property, Silversands, was officially opened here with a promise to increase hotel room stock by 30 per cent in the coming years.

“We will build two more properties on this island, we will start construction next year,” said Egyptian telecoms tycoon, Naguib Sawiris, at the official opening of the US$125 million property comprising 43 suites and penthouse and nine villas.

Naguib gave the assurance that his promised investment will become a reality, profits will be re-invested into the country and none of his properties will restrict Grenadians from using the beaches where they are located.

He disputed allegations that the beach front to his properties would be private, saying “anyone that tells you this is a private beach, tell them to go have a swim”.

“We (have) 2163 licensed and certified rooms and this will bring us closer to 3000. That is good news, that is very exciting,” said Maher, who recently reported that Grenada will surpass its target of welcoming 500,000 guests to the island in 2018.

In a statement, the hotel said that “as the resort becomes fully operational, there will be just over three hundred full-time employees.”