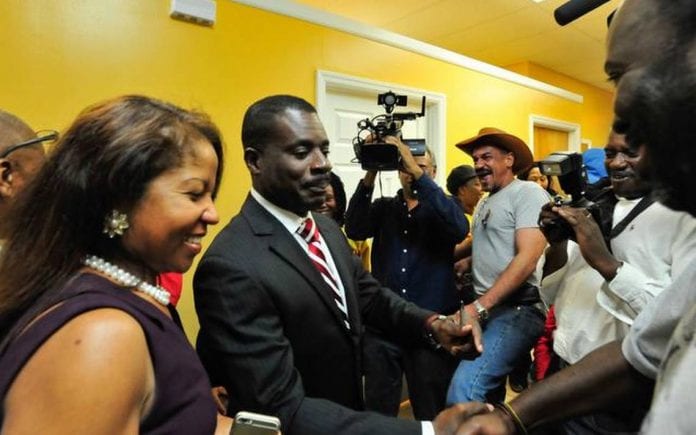 “Don’t deport Haitians from the US”

On Tuesday, the North Miami City Council, on the initiative of Mayor Dr. Smith Joseph passed an emergency resolution urging other Florida cities, and counties, to have the Obama Administration reconsider the recently announced policy to recommence deportation of undocumented Haitians living in the US.

Since the 2010 earthquake that devastated Haiti, killing and injuring thousands, the US government has been lenient in accepting undocumented Haitians fleeing the country into the US.

When President Obama assumed office for his second term in 2012, he has extended Temporary Protective Status (TPS) for undocumented Haitians allowing them to live and work in the US, the latest extension of TPS is scheduled to expire in July 2017.

The current stance taken by the US precludes Haitians currently protected by TPS from being deported unless they are convicted of serious crimes or pose a national security threat.

However, recently the Obama administration announced while TPS would remain in effect until 2017, the administration will be more vigilant in deporting Haitians fleeing to the US from Haiti.

In making the announcement, the US Department of Homeland Security Secretary Jeh Johnson said conditions have improved significantly in Haiti since the earthquake “to allow the US government to expel undocumented Haitians on a more regular basis, in line with the practice used for nationals of other countries.”

According to Homeland Security, an increasing number of Haitians have been attempting to enter the US from Haiti with most showing up at the California border, travelling from Haiti via Central America and Mexico. The Department said some 5,000 Haitians were stopped from crossing the border in San Diego, California since October 2015, compared to 339 the previous year. Meanwhile, over 500 Haitians are in shelters at the California border waiting appointment with US immigration officials to enter the US. Should the new policy be implemented, hundreds of Haitians arriving at the US borders could be turned back as is the case of people currently fleeing from Central America.

Homeland Security said, nonetheless, if US Citizenship and Immigration Services officers believe those arriving Haitians have a “credible fear” of persecution in Haiti, the officers can take the decision to have them enter and remain in the US pending appearance before an immigration judge for asylum or other relief.

The announcement by the Obama administration is sternly opposed by Haitian communities in the US, including the large South Florida community. Most of these Haitians believe circumstances in Haiti have not sufficiently improved since the earthquake to justify recommencing deportation of Haitians from the US.

The City of North Miami’s resolution also appeals to the US Conference of Mayors, to join North Miami in getting the Obama administration to cease the deportations.

With one of the largest Haitian communities in the US, increase in deportations could seriously impact residents of North Miami. City Pastor, Josephe Dugan, who despite migrating from Haiti in 2005 still visits the homeland frequently. He said, “Haiti is still in recovery mode from the earthquake and any significant deportation of Haitians will only impose on the hardships the country still endures.”

Mayor Joseph also said, “Conditions in Haiti are certainly far from stable to justify the US embarking on a policy of deporting Haitians back to Haiti.”