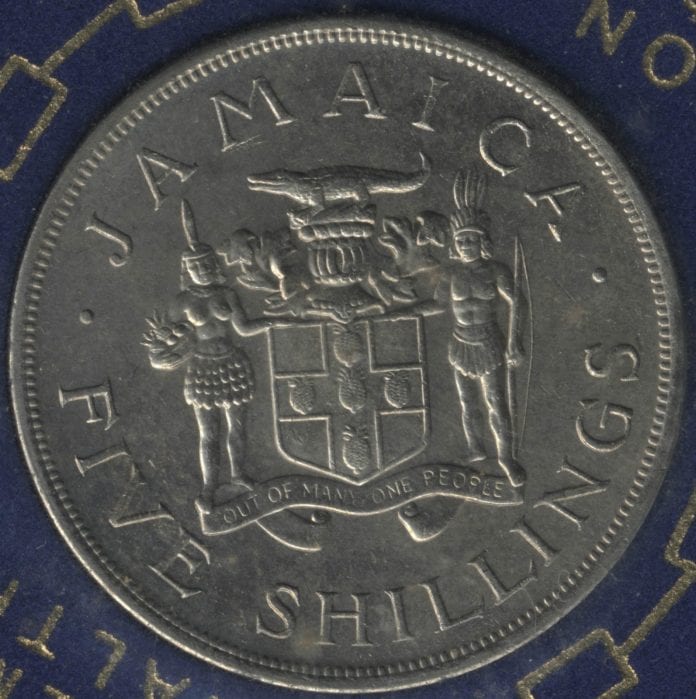 The earliest money in Jamaica was Spanish copper coins, however, following the revolutionary wars in Latin America, the source of these silver trade coins dried up. The United Kingdom had adopted a very successful gold standard in 1821, so 1825 was an opportune time to introduce the British sterling coinage into all the British colonies.

An imperial order-in-council was passed in that year for the purposes of facilitating the  sterling coinage as legal tender in the colonies at the specified rating of one Spanish dollar to four shillings and four pence sterling.It had the effect of actually driving sterling coinage out, rather than encouraging its circulation.