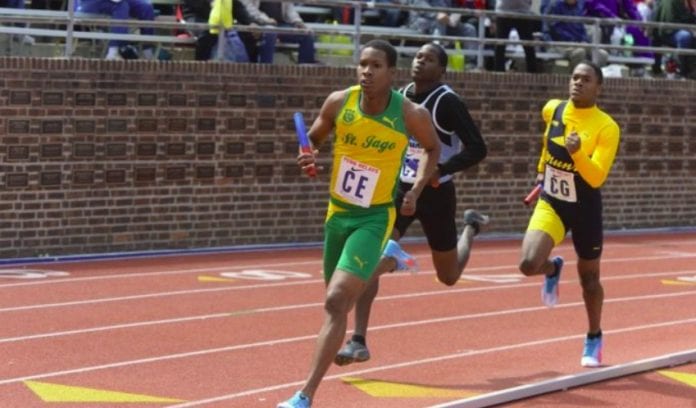 The countdown has begun for another straight year to Team Jamaica Bickle, (TJB), at the Penn Relays. The non-profit organization, founded by Jamaican immigrant, Irwine Clare, Dr., O.D., in 1994, is the leading organization in sports providing support services for Caribbean athletes who compete at the annual Penn Relays Carnival at the University of Pennsylvania.

This year, the group is again hard at working raising much needed funds to provide ‘bickle,’ or food, transportation and other support to Caribbean high school athletes who are gearing up to make their mark at the longest running relay carnival.

On Thursday, April 12th, the group kicked off its annual New York fundraising reception at Sandz at 234-32 Merrick Boulevard in Queens, New York.

A national reception is set for April 27th at the University of Pennsylvania Museum in Philadelphia.

TJB officials are this year running a limited raffle to raise money ahead of the event to cover their costs, which rise every year despite an army of volunteers. They are also getting some support this year from singer, Romain Virgo, who will donate part proceeds from his song, ‘Still,’  to assist athletes at the relay carnival this year.

The annual Penn Relays, which draws thousands of Jamaicans to the sporting event, is set for April 26-28, 2018 in Philadelphia. To support TJB, log on to teamjamaicabickle.org.