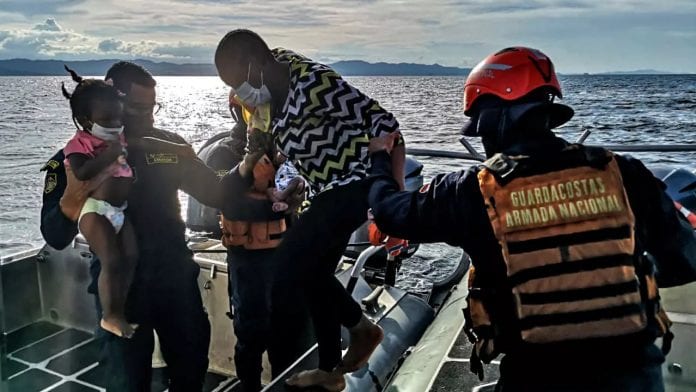 The Colombian Navy said it had rescued 94 Haitian illegal migrants aboard the “Jhosua” a small boat that was adrift off the Caribbean coast of Colombia, following an engine failure.

It said that the Haitians, including 33 children, were brought back to land safely and handed over to the migration service on Tuesday.

According to the Colombian authorities, the Haitians were trying to reach Panama, which serves as a transit for those who want to travel to South America and the United States by land.

Colombia has closed its borders due to the coronavirus (COVID-19) pandemic last March, interrupting the journey of many Haitians who have been stranded for months in camps in the jungle along the country’s northern and southern borders.